Gi-les Fra-ser, a Sadducee scribe, has expressed himself extremely dissatisfied with the recent surprising Re-election of Jesus of Nazareth. 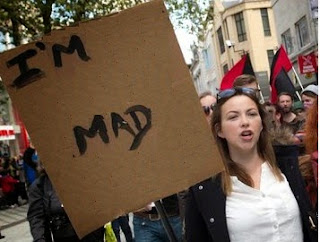 The Church of Charlotte was also dissatisfied.

Dr Fra-ser, known for his regular Take no thought for tomorrow slot for the Roman Empire Broadcasting Company, was writing his "Lost Canon" piece for the Guardian's The comments will make you free section. He pointed out that there had been three candidates for Re-election, namely, Jesus, Ed Dismas the Good Thief, and Nick Gestas the Bad Thief. (There were also candidates with less potential for salvation, such as Judas Isgalloway.) 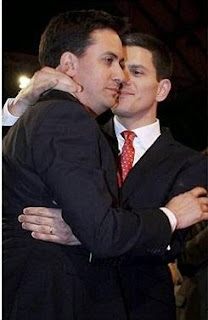 It is thought that Dr Fra-ser was first disillusioned with Jesus when he came across His views on marriage: apparently, it was the bigoted "one man and one woman" model that he found unacceptable. Weeping copiously, Dr Fra-ser wrote how he was ashamed to be a citizen of the Roman Empire, and that he felt that the democratic system had failed the most vulnerable in society. He thought that God had got it wrong ("as He so often does"), and that the highly eccentric Russell Barabbas might have been right after all, when he told people to support nobody at all Ed Dismas, the Judaean People's Front. 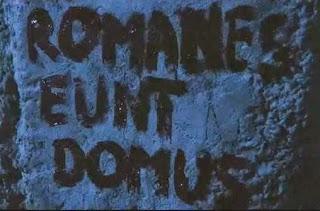 A powerful message from Russell Barabbas.

Jesus, is of course associated with food banks (5000 hungry people were clamouring for a free meal at one point), and a somewhat hit-and-miss attitude to health care, as Lazarus and Jairus's daughter could testify. However, it seems that He has now been Re-elected for a long period, and it is not clear how Fra-ser proposes to resist his authority. Meanwhile, he admits, "I'm very Sadducee."