How to be a good pope: gaslighting the faithful

This piece, like all the "good pope" articles, is designed for those who may one day find a Mafia boss in dark glasses come up to them and say "Congratulations! You're now infallible! Go out there and make them a doctrine they can't refuse!" One very necessary skill for a pope is gaslighting, which Wiipedia defines as follow: Gaslighting is a colloquialism for a specific type of manipulation where the manipulator is successful in having the target (a person or a group of people) question their own reality, memory or perceptions. There is often a power dynamic in gaslighting where the target is vulnerable because they are fearful of losses associated with challenging the manipulator. 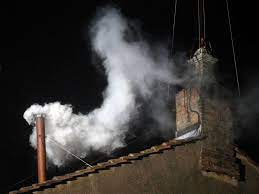 Light the gaslight! We have a new pope! We can give some useful advice here from Pope Francis, seven times voted "Best Pope since Benedict XVI" and one who knows all the tricks. Suppose that you want to keep the faithful on their toes by causing a schism. That way they can be so busy squabbling amongst themselves that they won't have time to notice anything dodgy that's going on in the Vatican. At present you have various forms of Mass, mostly "vernacular", which means that, apart from the usual stuff, you are blessed in that once in a week Fr Radovan Karadžić comes in to offer a mass for the Bosnian Serb community. Also once a month Bishop Lang-Toal permits a traditional Latin Mass at 6 a.m. in a totally inaccessible church. 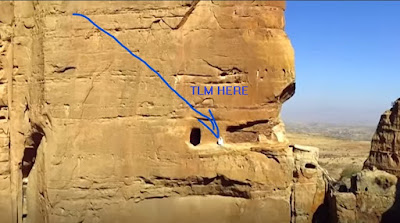 "Our TLM worshippers are definitely falling off." So you send out a questionnaire to bishops: Complete the following in less than ten words: "I think the TLM is evil because..." First prize, a cardinal's hat. Whatever answers you get, you feel justified in saying "Right, chaps, no more TLM unless you get a permit signed in your bishop's blood*." *Clever, eh? The more reptilian bishops don't have much blood, so they will refuse! Many people will be angry and blame you for attacking the traditional form of worship (but LGBT Masses and Clown Masses are still permitted, of course). This is where you turn things round and apply your Holy GasMaster skills. "The traditionalists are schismatic. They are criticising me. ME!!! Am I not Peter? Where Peter is, the Church is. If I say (as Peter did) 'I do not know this Man,' should not the faithful agree with me?" So the blame goes onto the trads and you can get your own way, feeling that you were in the right after all. The same considerations apply to the Franciscan Friars of the Immaculate, the Sovereign Order of Malta, and many other nasty groups. You took control of them, they were angry, so you HAD to take control of them! 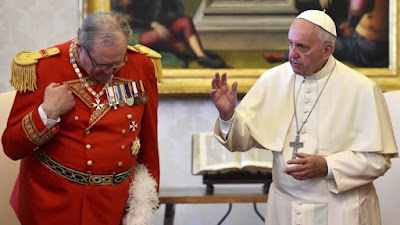 You noticed that Albie Boeselager had disgraced himself, so I'm sacking you. Some gaslighting is more subtle. You accidentally put some heretical statements in your Amorous Letitia Exhortation, and four cardinals questioned them. Classical gaslighting would involve calling them heretics, blame them for causing a schism, etc. But a true Holy GasMaster will simply ignore their Dubia, and leave it to his faithful attack poodles to throw the mud. Cardinal Biretta occasionally wears impressive robes - so he is not as humble as you are! You can make life difficult for him. A final example: you hold a disastrous Inca Synod, in which you allow the pagan idol PatchyMomma to be celebrated. Your chief attack-poodle, Austen Ivory-Tower, author of Pope Fred, the New Messiah, immediately decides that this is a representation of the Virgin Mary, and the sub-poodles spread this theory far and wide. 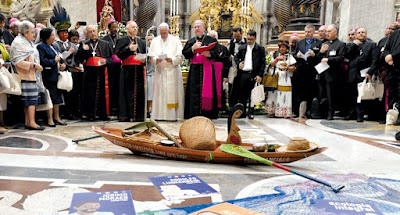 Winner of the "Looks nothing like the Virgin Mary" competition. However, most people agreed that this was a pagan idol, not welcome anywhere near a Christian service, and a small group even polluted the Tiber by throwing in several PatchyMommas. Again, as Holy GasMaster you can blame them, getting your historically less-informed poodles to describe the assailants as "fascists", just as Moses was described when he destroyed the golden calf. You yourself are above such bickering, although you take great care not to be seen with any other pagan idols. So you win yet again. 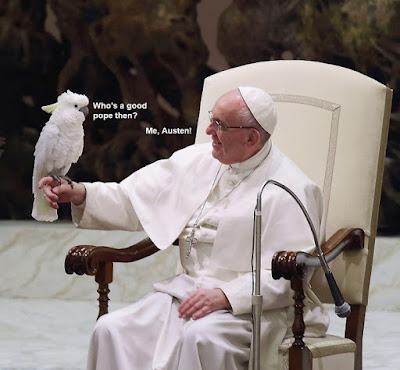