Thoughts are better than prayers

Taking our guidance from Britain's most prominent Catholic, Boris Johnson, we learn that thoughts are far more useful than prayers. For example, in response to the murder of Sabina Nessa, the great man tweeted as follows:

The prime minister thinks. On the other hand, for totally trivial matters, such as a European Football Championship, only a totally trivial response is appropriate, such as this letter written to the football manager. 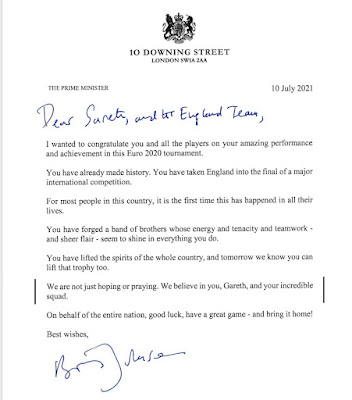 Prayers and hope! Well, if Boris, my spiritual director, says so, it must be so. Prayers are only to be used for trivial matters ("O Lord, make sure the bus is on time" or "I humbly beseech Thee, grant that the shop still has a copy of the Tablet"). For really serious crises, it's THOUGHTS that count. We used the ECCLESPROBE (TM) to drop in on the almost-empty mind of devout Catholic Joe Biden as he was attending Mass. It was impossible to get a coherent reading, but his thoughts seemed to be mainly of a huge ball of ice-cream flavoured with chocolate chips. Our theologians are still trying to explain this. 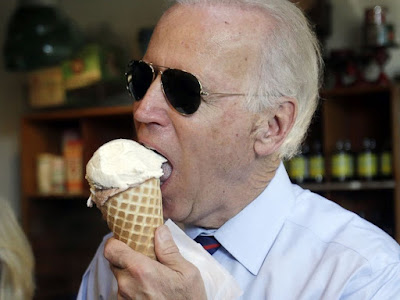 Spiritual nourishment. Take this week's disaster, the volcano in La Palma, which has caused widespread damage, not to mention climate change. So prayers would be inappropriate here: only THOUGHTS are good enough. "Hmm, it must be hot there." "This volcano's CO2 emissions have stolen my dreams and my childhood." That sort of thing. The fact that people are thinking such deep thoughts must be a great comfort to those who've lost their homes. 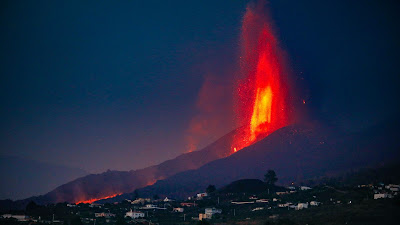 THOUGHTS: "This is the fault of those Traddy Catholics." "No, this is the fault of Pope Francis." Today is the Feast of St Wenceslaus (assassinated at the age of 24, so all those photos of an old man carrying pine logs are inaccurate). So, in best Catholic tradition, we think about him. Ready? Go! 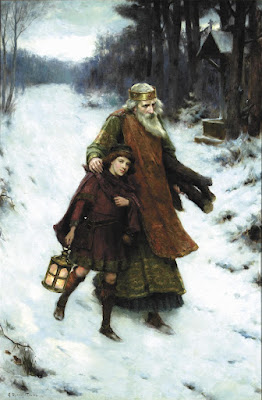 This walk is the only thing I'll ever be remembered for."
Posted by Eccles at 11:27