Continued from Chapter 18. 1. Thus, after the children of Bri-tain were given their freedom, they passed forty days and forty nights enjoying the rain that droppeth from Heaven in the summer. 2. Or possibly fifty days and fifty nights, for all the days were alike. 3. The children of Bri-tain could now go out into the streets and the markets without masks, provided that they did not mind the occasional cries of "WEAR A MASK THOU FASCIST! THOU HAST KILLED MY FAMILY! MY LIFE AND HAPPINESS HAVE BEEN STOLEN!" 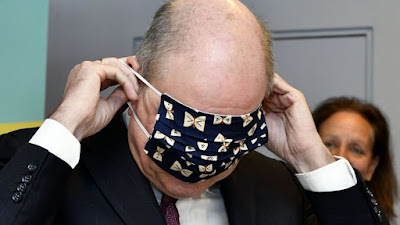 "Alas, this mask beareth no instructions." 4. Also, many had received the vixen that protecteth man from all diseases, and were therefore awarded the title of "first class citizen". 5. Those who refused the vixen, perhaps because they thought it was evil, or they thought it was useless, or they thought it was dangerous, became second-class citizens. 6. They were forced to carry a bell with them, which they rang, and to cry "UNCLEAN! UNCLEAN!" as they walked through the streets feeding on scraps of rotten food. 7. Although Bo-sis had promised that there would be no preference given to those who had received the vixen, neither would there be passports that they could carry. 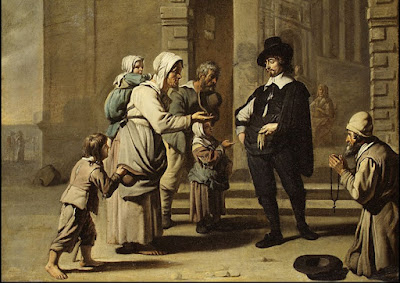 Criminals guilty of vax evasion. 8. Also, there was a shortage of people to drive the ox-carts on which food was delivered. Thus, there was no food in the markets (although it mostly seemed to affect those people who had voted to remain in EU-gypt). 9. Still, life was even worse in other lands. In the land of Australis, where men walk upon their heads, all the people were locked in their homes, and the officers of the law, like unto a roaring wallaby, walked about, seeking whom they might devour. 10. Even in the land of EU-gypt, where man could no longer feast on the leg of the snail and the frog, or possibly the other way round, the people suffered much. Many crossed the Red Sea in small boats, that they might come to the promised land of Bri-tain, which flowed with milk and honey (deliveries permitting). 11. Then Bo-sis had a new idea, that all the children of Bri-tain should be taxed (as well as vaxed). 12. For he said, "We must protect the National Health Service, that hath saved so many lives. For if thou sufferest from the plague, then all thou needst do is to call them, and they will tell thee how to make an Intensive Care Unit using a lawnmower and a bicycle pump in thy garden shed. For it is too dangerous for a doctor to see thee." 13. And now these people need our money, that they may appoint more managers, equality and diversity officers, and dancing coordinators. 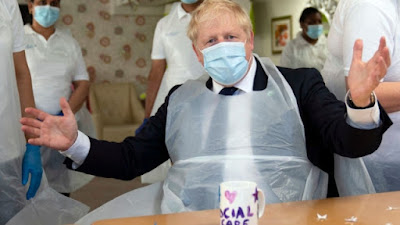 Bo-sis prepareth to deliver "social care". 14. Also we shall see that no man payeth more than six-and-eighty gold pieces for care in his old age: for we shall kill him when the money is spent." 15. And the people began to mutter "Mayhap Keir, chief of the Labourites, is not much more useless than Bo-sis." To be continued.
Posted by Eccles at 13:30