Today we have an interview with the great Graham Kendrick, writer of a popular "Christian song."

E: Well, Mr Kendrick, your hymn, "Shine, Jesus, Shine," which is extremely popular with the under-9 age group, but which drives all adults crazy, has been nominated for the prestigious Eccles Bad Hymn Award. We recently interviewed one of your rivals, Sydney Carter, and now we come to you.

GK: It's great to be here, Eccles.

E: First the meaning of the song, then. Does the photograph below give some idea of your intentions when you refer to "Shine"? Romans 10:15? How beautiful are the feet of them that preach the gospel of peace? 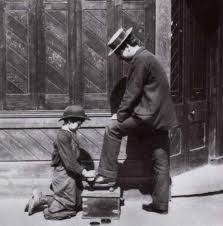 GK: No, I don't think you have fully grasped the meaning of my song, Eccles. It is more to do with the idea of Jesus, the Light of the World, shining in the darkness.

E: I see. Well, of course that is stressed very well in the first verse, where you use the word "Shine" or "Shining" no less than five times (out of a total of 15 in the entire song, I think). Let's move on a bit, skipping over the embarrassing bit where you try to rhyme "presence" and "radiance," making the latter just two syllables, "Ray-jence."

GK:  Yes, many people have told me that the song doesn't really scan. If you clap your hands or bang your head against the wall at various points, it makes it go past a bit more smoothly.

E: Now, what's all this "Flow, river flow, Flood the nations with grace and mercy" stuff? Is that not a little insensitive these days, when we see many people threatened with flood water? Which river would that be, anyway? 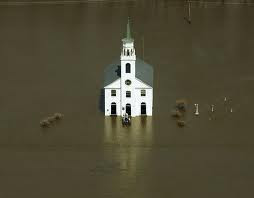 GK: I'm afraid I didn't have any particular river in mind. The verse refers to "Jesus," then "Spirit," so I thought I'd add a cunning twist by not mentioning the "Father" but using "River" instead. If it makes people think of  the Big Guy in the Sky as "Old Man River," then that's all to the good, surely?

E: Is it? Oh, right. Could you settle one other point that I find difficult? "Blaze, Spirit blaze, Set our hearts on fire?" Why is it a good thing to have one's heart on fire? A quick check of the Bible suggests that it is quite a painful and distressing thing to endure. See Jeremiah 20:9:  There came in my heart as a burning fire shut up in my bones, and I was wearied, not being able to bear it. 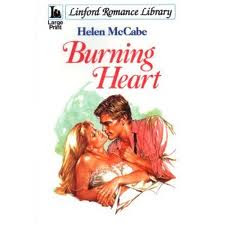 There came in my heart as a burning fire.

GK: Think of it as poetry, Eccles. It doesn't mean anything, but it sounds good. So good that you have to sing the chorus three times before you are allowed to leave the church.

E: Mr Kendrick, thank you very much. Can I go now?