The Book of St Richard, Chapter 1

1. Now there was abiding in the town of Nai-rob-i a woman, named Jean Mary Vyvyan Dawkins, whom some called "Selfish Jean," wedded to a man, named Clinton John Dawkins.

2. This man was an an agricultural civil servant, and drank many cups of tea in the service of the King.

3. And he was a man of great power and might, who controlled the supply of animal manure to the peoples of the land of Ken-ya. And their crops grew in abundance. 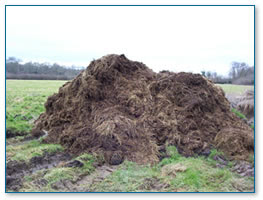 4. Now it came to pass that an angel of the Lord came down to visit Jean, and said, "Congratulations, you shall give birth to an atheist."

5. "And you shall call him 'Clinton Richard,' after his father; and he will be known as 'Richard,' or, to his enemies as 'Dr Bonkers.'" However, he shall not drink many cups of tea in the service of the King."

6. "Still, you must train him well, so that, like his father, he may devote his skills to seeing that the people lack not a goodly supply of manure, that which is called s'hit." 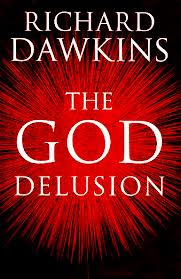 7. And so Jean gave birth to her son, and laid him in a manger, for she had hopes that the family's pet lion cub might consume such a repulsive child.

8. But the Lord watched over young Richard, and he was not consumed. And Jean wept, saying that a curse was come upon her family.

9. Now it came to pass, when Richard was eight years of age, that he went with his parents to a far-off land called England, which is to say, "The land of the heroic but sometimes rather gullible."

10. And he studied amongst the doctors and sages in a place called Ound-le, which is to say "An academy for the sons of gentlefolk, or at least rich folk."

11. And Richard was told of the ways of the Lord, and he learnt of many wondrous things, such as the fact that Salathiel begot Zorobabel, and Zorobabel begot Abiud. However, some say that he rather missed the point of St Matthew's Gospel there. 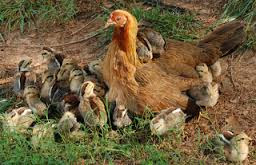 12. He also learned from the Book of Matthew that the hen doth gather her chickens under her wings, a piece of wisdom that he retained in his heart.

13. For later he was to write a scholarly thesis on the subject of chickens, that all men might say "Truly this is indeed a learned doctor, for he knoweth the way of the chicken." 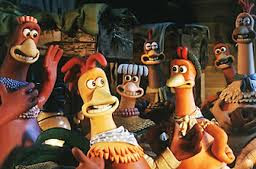 14. But one day, when Richard was still a child, the Devil entered into his heart, and he said "ROFL."

15. Which meaneth, "I have considered all the arguments for the existence of God, and chosen to ignore them. Let us dance the dance that is known as Yakety-Sax."

16. And thus he made his way to Ox-ford, the land of the doctors and wise men. Although some say that there were wiser men at Cam-bridge.