Now that Nicholas Parsons has been given some much-needed counselling, we resume our panel game "Just a Minute" with Moly Badnite, Damian Thompson, Ken Livingstone and Richard Dawkins. Recall that panelists must speak for one minute without (a) being rude about anyone, (b) rolling on the floor laughing, or (c) talking about their boring family.

NP: Right, Richard Dawkins, you have one minute on the subject of "World War II."

RD: The role of the Catholic church in World War II was truly shameful. It was Pope Pius XII who gave Hitler the idea of persecuting the Jews, you know. Pius instructed young Joseph Ratzinger, now Pope Benedict XVI, to found the Hitler Youth - he liked parading in funny costumes, still does. Having heard that, how can anyone pretend that God exists? ROFL.  BZZZ. 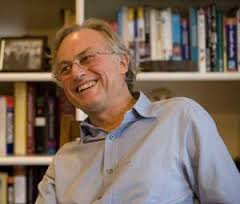 NP: A challenge from Ken Livingstone there. Yes, Richard lost control and started ROFLing.  Is there a doctor in the house? Ken, 45 seconds left on the subject of World War II.

KL: Hitler didn't like the Jews because they were all too rich to vote for him, and I have the same problem. My father warned me, you know. "Ken," he said, "Muslims good, Jews bad. IRA good, Tories bad. When in doubt make friends with the ones with the bombs. Got that?" BZZZ. 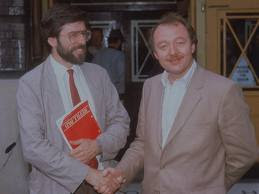 NP: Well Damian Thompson was the first to spot the gratuitous reference to a boring family-member. Damian, 32 seconds on "World War II."

DT: For all his faults, Josef Goebbels did obtain a Ph.D. from Heidelberg University in 1921, and he was a successful journalist in his younger days, sometimes known as Das Blut-verrückten Frettchen. He wrote a best-selling book Gegenwissen, which he followed up with Der Fix. You wouldn't see a thicko like Richard Chartres... BZZZ.

NP: A challenge from Ken Livingstone there. Yes, Richard lost control and started ROFLing. Is there a doctor in the house? Ken, 45 seconds left on the subject of World War II.

MB: Er... Well... Um... Can I mention the woefully shameful way I was treated by Hermann Goering? I still remember those balmy nights in Berlin, when we danced romantically together by the light of the moon.  My father said we made a lovely couple. I've got a photo here. 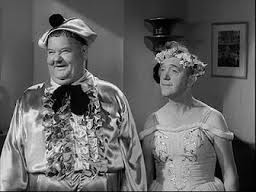 MB (continues): In those days many of my "rels" were Catholic. BZZZ Shut up, will you? Not fanatical rude obsessed sock-puppet Catholics like James MacMillan. BZZZ BZZZ. SHUT UP! Devout saintly non-believing Catholics, the best kind. ROFFAM. BZZZ BZZZ BZZZ.

NP: What's ROFFAM? Oh yes, "rolls on floor foaming at mouth." Well, Moly got through to the final buzzer, but her nephew Eccles has just come on with a wheel-barrow to take her home. So it's goodbye from me. I'll be back when Hell freezes over, but not much sooner.