Jesus of Nazareth declared himself "very disappointed" today, when His twelve disciples voted by a large majority to admit an extra dozen women to their number. 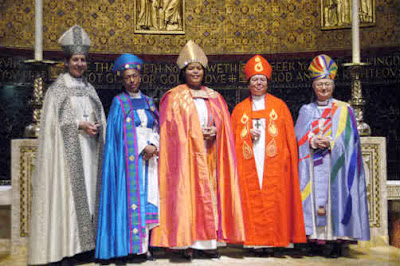 Why should the men get all the best vestments?

In spite of an impassioned speech by Christ, explaining why His Father had instituted an all-male priesthood, and why He was carrying on this tradition, strong opposition came from several of the more liberal apostles.

Said St Andrew, the Scottish disciple, "Och, ya ken, ah see nothin' wrang wi' the ordination of ladies. They wear skirts just like the laddies do."

A more intellectual argument was put forward by St John, who said, "In this modern day and age it is important that Christians do not stand out from members of the general public, who might otherwise regard us as 'weird'. What women want from the Church is a well-defined career structure, with promotion on merit, and eventually the possibility of a managerial role." 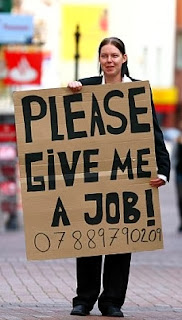 An applicant for the post of Bishop of Bethany.

This is not the first time that the disciples have voted on the issue, and indeed last year they decided against creating women apostles. However, after King "Dave" Herod told them that they had produced the wrong answer, and that they must go away and vote again until they got it right, the eventual decision was never in doubt.

St Peter, generally regarded as something of a traditionalist with ties to Rome, was philosophical about the whole affair. "We'll be making this vote an annual event, and it might go the other way next year. If so, then I'm afraid the new female disciples will just have to retire: maybe some of them will take up religion instead." 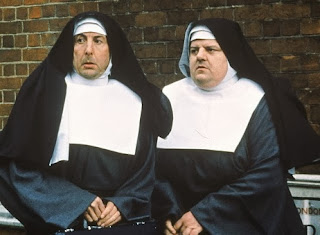