Who was the mystery priest?

When Katie Lentz of Missouri, USA, was trapped in a crashed car, a "mystery priest", appeared from nowhere and prayed with her. The story has miraculous elements, as the priest appears on no photographs of the scene, and later ascended bodily into Heaven (I may have got that bit wrong). 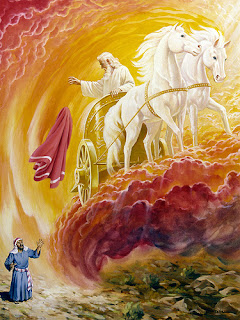 "Hand me down a blanket!" says the mystery priest.

Although in some accounts, the mystery priest was later identified as Fr Patrick Dowling, this is far too improbable a theory, and we suggest some other miracle-working priests. 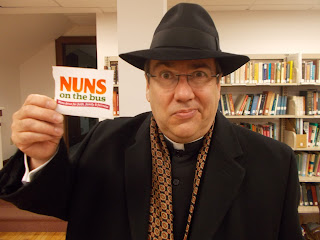 Father Z, a traditional Catholic and celebrity blogger, is also an experienced miracle-worker, and would have no trouble manifesting himself at a road accident, provided that he was facing east at the time. Known for miraculous deeds such as "turning the water into coffee" and "driving the demons out of the National Catholic Reporter", Fr Z is also prepared to do liturgical materializations, if the instructions are written in red. 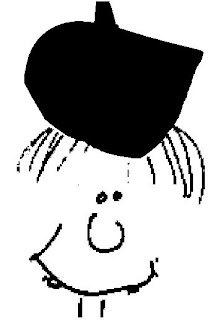 Fr Eccles, author of The Pilgrim's Ogress, a biography of his aunt Moly, normally wears a red biretta. However, this week he lent his red hat to Archbishop Vincent Nichols ("I'd just like to try one on and see what I look like in it"), and was wearing a simple black one. 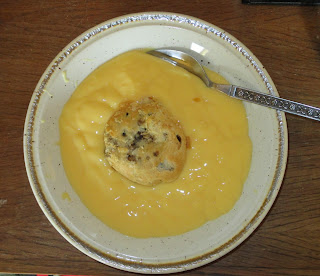 The mystery priest sustained Katie Lentz with a dish of Eccles cake and custard. 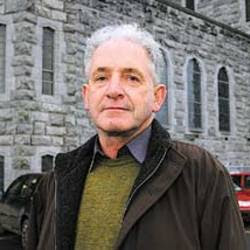 Fr Tony Flannery? No, the man looked like a priest.

The "mystery priest" was reported as behaving entirely like a normal Catholic priest in good standing, who did not once moan about how beastly the Vatican had been to him. We must regretfully eliminate Fr Flannery from our list of suspects, even though, as one person put it, "It's a miracle that he's still a priest." 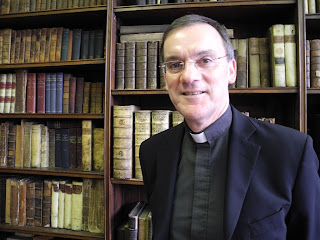 Bishop John Arnold is chairman of the allegedly-Catholic charity CAFOD, and credited with a miracle that still leaves people's jaws dropping - the pouring out of gold (£90,000) onto CAFOD's Chief Executive Chris Bain. John Arnold has links with more plausibly Catholic organizations as well, including the Archdiocese of Westminster, an organization which recently hosted a lecture by Tina Beattie. So far he has not denied being the "mystery priest". 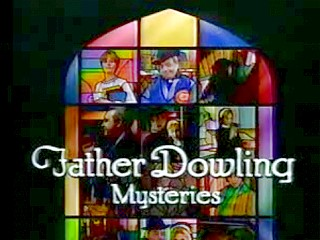 Oh all right, perhaps it was Fr Dowling after all.