Satan, the Dark Lord, has declared that he is "hugely impressed" by Pope Francis, and hopes to meet him one day. 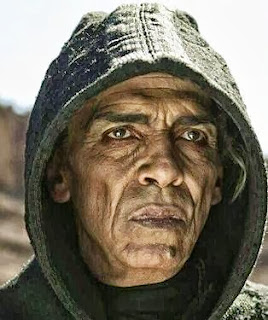 Satan, as seen in The Bible.

Speaking from his home at the Black House, Satan explained: "I read in The Tablet (a very popular magazine down here, by the way) that Pope Francis had changed Catholic doctrine so that abortion, contraception, homosexuality, euthanasia and stealing priests' bicycles were now all encouraged. Moreover, my colleagues the Archdevil Barack and the Witch of Enda Life tell the same story. What's not to like?" 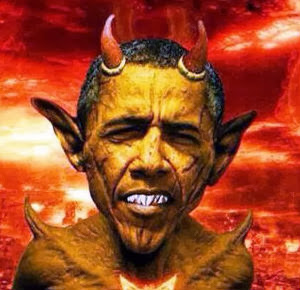 The Archdevil Barack, as seen in an Egyptian newspaper.

A Vatican spokesman was at pains to correct some of Satan's misapprehensions. "We're not exactly sure what Pope Francis said, or what he meant to say, but I am sure that there's been some misunderstanding somewhere," he said. "If the Pope wishes to turn to the dark side, then as a preliminary step he will probably take up liberation theology, join ACTA, and appoint Hans Küng as his special adviser. At the moment it's definitely business as usual."

Satan admitted that he might have made an error: "Perhaps after all the Tablet has got it wrong. It seems that this Pope is particularly keen on helping the poor and needy. I really can't support people who do that sort of thing. It's more than my job on the Brighton Argus is worth." 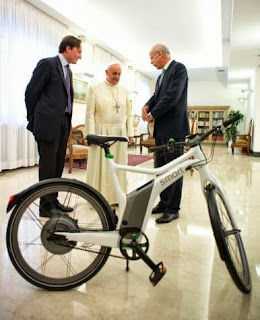 Pope Francis refuses to accept a stolen bicycle. So no change there.