Pope Francis has a habit of making off-the-cuff remarks, some of which are misreported, mistranslated, misunderstood, or simply too profound to be understood immediately. As a service to our long-suffering readers, we present a cut-out-and-throw-away guide to some of the Holy Father's alleged obiter dicta. 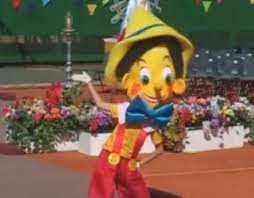 That's a fine Pinocchio puppet. May we borrow it for the Good Friday Mass in Rome?

Eccles writes: Pope Francis is known for his courtesy. Rather than telling people to stop patronizing God and dumbing down his worship, he uses a gently ironic tone. The priest to whom these words were spoken is now a dyed-in-the-wool traditionalist, who offers the Extraordinary Form of the Mass, replacing Pinocchio with a large Pius X puppet. 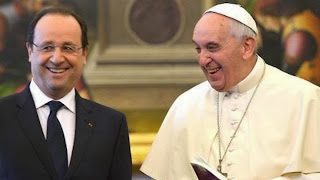 How nice to see you, President Hollande. I am a great admirer of yours.

In fact, what the Pope said was, "Thou hast had five mistresses: and she whom thou now hast is not thy wife, either, you dirty old man (John 4:18). Oh, and you can drop that stupid same-sex marriage nonsense too." As a result, President Hollande has vowed to lead a much better life, and is now training as a Catholic priest (fortunately, he has never married). 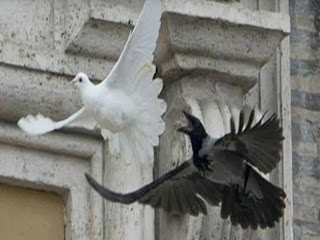 Will someone do something about that bloody crow?

Almost certainly, Pope Francis said nothing of the sort. We believe he said, "As St Francis did, I love all God's creatures. Although, to be fair, it is sometimes hard to love mosquitoes." 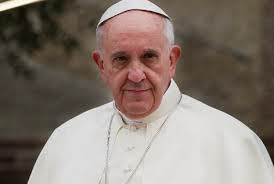 Pope Francis's words were in fact a little more nuanced. "Who am I to judge if people sincerely wish to practise neo-pelagianism? Of course I prefer them to do so in a non-Promethean way, if at all possible. And if they insist on being self-absorbed as well, then perhaps they should think again about the possible implications of their practices." 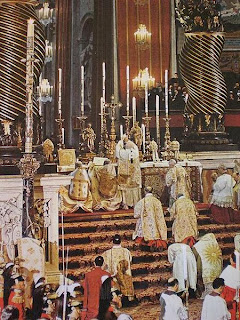 The ancient liturgy is just a fashion.

Of course no Pope would ever make a derogatory comment about the Latin Mass, given that its importance was stressed at the Vatican II council, and the fact that Catholics throughout the ages have treasured its beauty, richness, and holiness. Clearly, the Holy Father was simply trying to be "nice" to a group of Latin-hating Czechs, including the notorious Basil Lovtuš, Pavel Invód, and representatives of the infamous Bíttapil newspaper.