Time to get nasty about ISIS

In general, this is a somewhat friendly as well as spiritually nourishing blog. We do occasionally tease one or two backsliders - for example, Tina Beattie the preposterous professor, Michael Campbell the bullying bishop, Vincent Nichols the cardboard cardinal, Richard Dawkins the drivelling don, and George Carey the absurd archbishop - but these people are not evil through and through, and our comments are kindly meant.

"Caliph" Abu Bakr al-Baghdadi - or "Piggy" as he is known to his friends.

However, once in a while one has to write about real bastards: if Charlie Chaplin was able to mock Adolf Hitler in The Great Dictator, then surely Eccles can get uncharacteristically nasty about Caliph Piggy, self-styled ruler of the Islamic State of Iraq and Syria (ISIS), and an Allah-fearing Sunni Muslim?

To be fair, Piggy is mad as well as bad - and I am not going to mention his disgusting personal habits, his loathsome infectious diseases, or the fact that he smells like a dead rat. Our hero is planning to march on Rome in his quest to establish an Islamic State across Europe. However, we know that there is no chance of that, as President Obama is on the case! 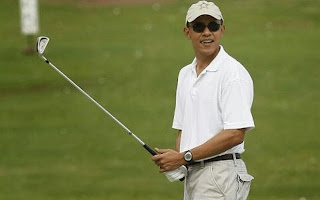 Obama takes charge of the crisis.

You may have heard the parable of the wheat and the darnel (or tares) in church today. It's all dressed up in agricultural metaphors, but the basic plot is that God sends Jesus down to the world to redeem mankind, and then Satan sends Mohammed along to poison everything. Well, Satan is certainly having a great time in Mosul at present, as the ISIS goes about its business of exterminating Christians. 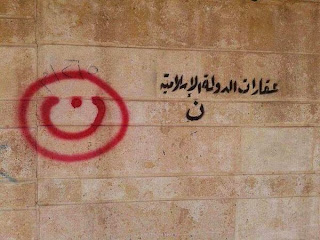 An Arabic "nun" letter, used to denote a Christian's house.

The above picture shows Piggy's idea of a smiley emoticon - or at least a smiley as designed by a one-eyed cyclops. There is a school of thought that says that the false prophet Mohammed - as well as being nearly as obnoxious a character as Caliph Piggy - was in fact a one-eyed cyclops. We could not possibly comment. 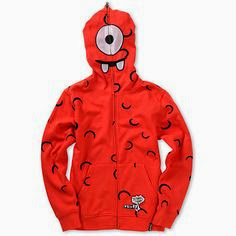 Could this really be Mohammed?

Oh, and late news has come in that President Obama has left the golf course and is sorting out the situation. Contrary to what some people say, we do not believe that Obama is himself a Muslim - this would be incompatible with his own sincere self-worship. No, for him it is a matter of complete indifference whether the Muslims massacre the Christians, or not. 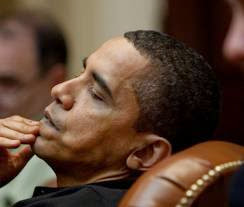 A Nobel Peace-Prize Winner at peace with the world.