The Book of Brexodus, Chapter 2

1. So Cam-aaron urged the children of Britain to remain in EUgypt.

2. And he spake, saying, "Let us send out a letter to every household, telling the people why we should remain in the courts of Juncker the Pharaoh."

3. "But who shall pay for this letter?" asked his brother Bosis. "Wilt thou fund the nine million shekels from thine extensive offshore interests?" 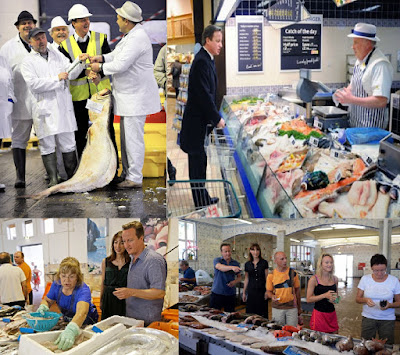 4. "Nay," said Cam-aaron. "I have a better idea. Let the people pay for it themselves!"

5. Thus the Postman of Death came to each household with a letter from Cam-aaron. None escaped, save those who slew a lamb and smeared the blood on their doorposts; which is a form of decoration rarely seen in the fashionable parts of London.

6. Next, Cam-aaron enlisted the help of some old and wise men, Ash-down and Kin-nock, that they might send strange voices into the dwelling places of his peoples, crying "Remain! Remain!"

7. Yet still the children of Britain hardened their hearts, saying, "If Cam-aaron, Ash-down, and Kin-nock are for staying in EUgypt, then surely it is wiser to leave?"

8. Next, there spake forth a devout and holy man called Nichols, he that dressed in garments of red and was considered a prince among holy men. 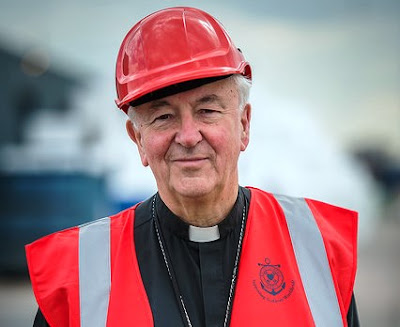 The holy man protecteth himself againt the perils that are to come.

9. "If we leave EUgypt," said he, "then we shall face complex problems, such as the world has never seen before."

11. And the Catholicites mocked him, saying, "Hath thine Eminence ever been right about anything?"

12. Finally, out spake Gideon, also known as George, he who was responsible for the treasury, saying, "If ye leave EUgypt, then shall ye become poor, living on the scraps under the rich man's table, where the dogs will come and lick your sores." 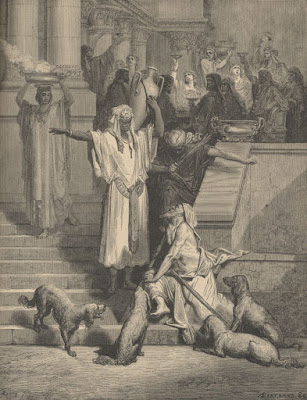 "Woe is me. Would that I had remained in EUgypt!"

13. However, the words of Gideon were consumed with a grain of salt, since the Labourites and Libdemites with whom he was allied had spent six long years telling the world how useless his predictions were.

14. Still, in the interests of balance, we must mention that some of the allies of Bosis, they that wished to flee EUgypt, were equally wondrous. For apart from Bosis himself, they included Galloway the cat-impersonator and Fraser the comedy vicar.