What would Henry do?

Well, it's been a bit of a rough week for the Catholic Church, as it seeks to cope with the Pope's 58,000-word answer to Finnegan's Wake, but let's spare a thought for the Anglicans.

This week Justin Welby, the Archbishop of Canterbury, discovered that the Father of his Church was not Jesus, as he had originally supposed, but the well-known medieval king, composer, tennis-player, and bon viveur, Henry VIII. The defender of the faith.

Those of us who try to live by the maxim "What would Jesus do?" find life difficult enough as it is (perhaps it was a mistake for me to charge into the cathedral with a rope of knotted cords), but living one's life by "What would Henry do?" is also likely to be problematical.

Still, it resolves the problem of divorce and remarriage, which is so vexing the Catholics. Already Anglican clergy can divorce and remarry without any problems, and indeed some of the country's most famous Anglicans have done it. For disposing of second wives, divorce is not a permitted option, but, as Henry showed us, beheading is the best way out. I do hope that Camilla and the second Mrs Giles Fraser are aware of this.

Another good "WWHD" moment occurrs in the Dissolution of the Monasteries. The Anglican Church does its best to commit similar vandalism, for example in ripping out pews from its churches, and making the places as ugly as possible, but of course, they are not alone in this. Clearly, one does need extra space for clowns, puppets, and dancing, and this can best be produced by getting rid of the worshippers. 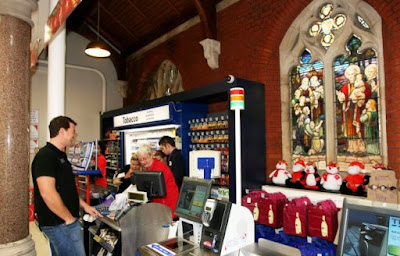 The next step - a totally dissolved church.

In these ecumenical days, burning people whose beliefs we disagree with - or even simply hanging and disembowelling them - is merely an aspiration rather than standard church policy, but a weakening of "WWHD" was only to be expected when they allowed liberals to dictate the agenda of the Anglican church. As G.K. Chesterton put it, "The Henrician ideal has not been tried and found wanting. It has been found difficult, and left untried." 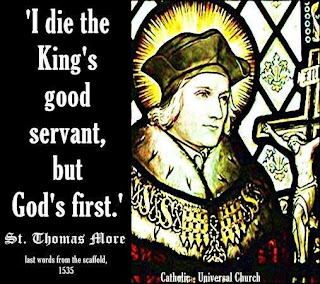 Some people are simply clueless! A failed Anglican.