The CNA and Catholic Herald do a hatchet job on me

I, Professor Massimo Ecclesioli, am a very distinguished professor at the University of Astonvilla, and an expert on history, theology, theological history, historical theology, gelato, theological gelato, and gelatinous history, and of course a pious Catholic who prays to the Spirit of Vatican II every night.

Now, it is true that I wrote a piece in which I claimed that St Peter, St Paul, St Augustine, and St Thomas Aquinas were "devout schismatics," diminishing the authority of Pope Francis by constantly disagreeing with him. They are all siding with Archbishop Viganò, as are Cardinal Burke, Pope Benedict XVI, Archbishop Chaput, Cardinal Sarah, and Jesus Christ, Himself. They seem to believe that Viganò is basically an honest man: whereas, I, Professor Doctor Austen Ivereigh, Cardinal Cupich, Fr Thomas Rosica, and Cardinal Mr McCarrick all say he is a fiend incarnate. 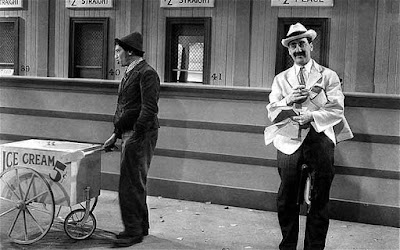 Anyway, the Catholic News Agency (CNA) did a hit piece on me, telling people what I had written. They didn't even consult me, they just went ahead and published an account of my words. And they claimed that I could not be reached for comment, on the spurious grounds that when they tried to reach me, they failed. These scurrilous allegations were taken up by the Catholic Herald too.

The explanation is simple. After travelling home from Europe, I indulged in a light meal of gelato - banana, raspberry, bacon, onion, lychee, spinach, vanilla, gin, chop suey, mustard, blackcurrant, aspirin, and octopus flavoured ice-cream. (As an aside, when the Amazon Synod leads to the consumption of gelato flavoured with leaves, faggioli beans, piranha fish, and curare, I shall be first in the queue!) Anyway, as a result of my simple meal, I felt rather unwell and slumped under the table. If the CNA had looked there, they could have found me.

I should finish by pointing out that I am the Professor of Catholic Gelato at the University of Villageidiot, and therefore much cleverer than anyone else I have ever met. I rest my case.