The mysteries of the Vatican

The Eccles Detective Agency always tries to maintain the confidentiality of its clients, so that we are unable to reveal the identity of the elderly man who summoned us this week, asking us to solve certain mysteries that were bothering him. 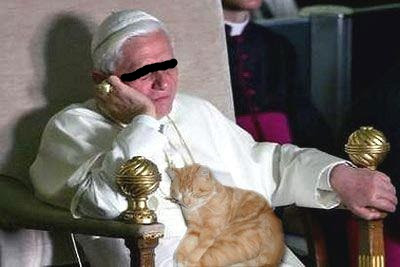 Our unknown client "B".

"Eccles," said our client. "I have always relied on your advice. So can you tell me, where's Gänswein? Usually he comes to see me every day, but recently he's disappeared without trace. Also, I've received an anonymous note saying 'If you want to see Georg alive, then stop insisting that you were an author of From the Depths of Our Hearts.' Clearly, they are trying to silence Georg. Can you find him for me?"

"I'll do my best, Holy Father, er, I mean B." I said. Curiously, in passing through the Vatican dungeons earlier, I had seen someone who looked strangely like the missing archbishop. Could it be he? 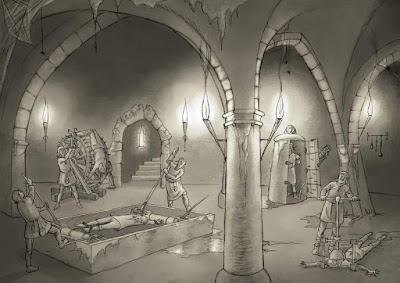 See if you can spot Gänswein, Viganò, Tschugguel...

"Also, see what you can find out about the mysterious Chinese woman who was slapped by Pope Francis. Someone looking a bit like her has just turned up (with her bodyguard this time) to be reconciled with the Holy Father. Is it the same lady? If so, why has she aged 10 years? What did she want to talk to him about? Could she perhaps be a secret agent in the pay of the New Chinese Communist Catholic Church?" 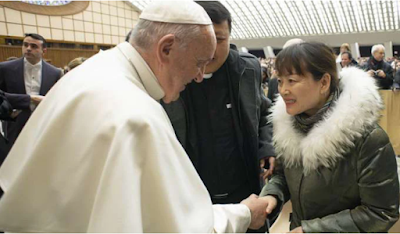 "Could you answer some Dubia for me, please?"

That was going to be a difficult task. The only Chinaman I had ever seen in the Vatican was dear little I-va Ree, the court jester. But I promised to do what I could. There came one final question. 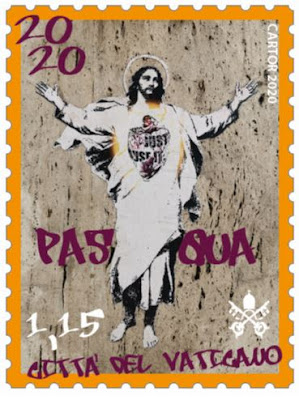 B showed me a particularly ugly-looking postage stamp that he had been given. "And what in Heaven's name is this? Is it a rejected sketch from the British graffiti-artist Banksy? The Vatican is full of beautiful works of art dating back hundreds of years, so why do they put this ugly thing on a stamp? Who is it supposed to be, and why does he have the words "JUST USE IT" on his robe?"

I could see that to solve this mystery I would need to call on my knowledge of morbid psychology, as much as anything else. It did remind me of the first time that the British Christmas stamps had been designed by unskilled children, rather than anyone who knew the first thing about art. Could there be an explanation here? 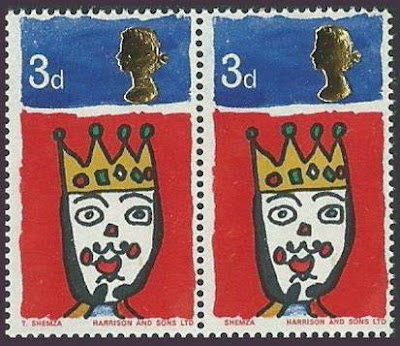 Don't give the Vatican ideas!