Battle of Armageddon expected to be close

Tuesday's battle in the United States of Armageddia is expected to be a close-run thing. St John's predictions in the book of Revelation will no doubt be broadly accurate, although he got some of his information from the National Catholic Reporter, America, and the Tablet, so it cannot all be relied upon. 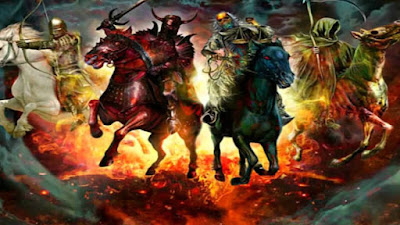 The Apocalypse (or possibly a Black Lives Matter demonstration). In particular, the Last Trump - the 7th trumpet of Revelation 11:15 - is not to be interpreted literally as a musical instrument, more as a large orange man with a powerful voice. He is backed by St Michael of the Pence (Rev. 12:7). 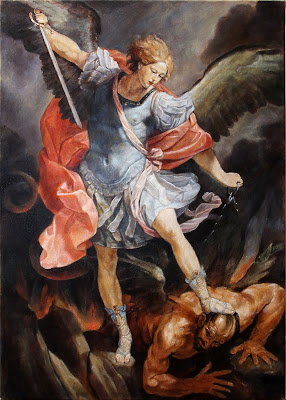 St Michael discusses politics with "Cardinal" Wilton Gregory. Pitted against the Trump are the false gods Bi-elzebub and Ka-moloch, slayer of babies. These are backed by a great red dragon (Rev. 12:3), which in some translations is called Pachamama. I am not sure who this refers to, but if you see any friends of Pachamama attacking the Trump, then do let us know. 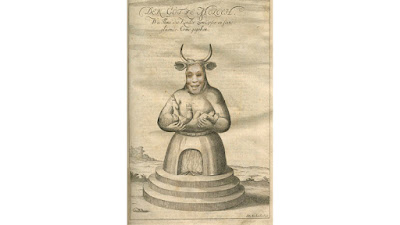 Ka-moloch, by @eoros1012. The Trump has vowed to Make Heaven Great Again - a bit over the top here, as many people would say it is great already - while Bi-elzebub's teachings are confused (the last message we heard was "Trunalimunumaprzure", a mantra which, if repeated enough times, is said to reduce one's enemies to gibbering wrecks). Anyway, the ground's in tip-top condition, and we can look forward to a first-rate Apocalypse tomorrow.
Posted by Eccles at 18:02