How can a pope make friends?

Yes, it's another one in our "How to be a good pope" series, directed to those readers who are suddenly pushed out onto the papal balcony and told "You've got the job. Now go out and be spiritually nourishing." It's a lonely job being a pope. No more nights out in the pub with the lads. An endless round of visits, audiences, church services... irritating people wishing to be introduced to you so that they can publicise the latest instalment of their fawning biography, Pope Fred - the greatest saint since St Augustine of Ivereigh? World leaders that you don't like... 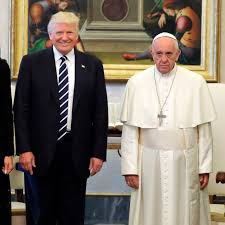 Always smile to welcome visitors, even if you don't like them. It's said that students at university spend the first week making new friends and the next three years trying to get rid of them. In your case you got the job because of the influence of the St Wormwood Mafia, and as a result you have people like Cardinals Casper, Dandruff, Morphine-O'Corblimey, etc. all thinking that you owe them something. But you would prefer to choose your own friends, rather than members of a power-crazed pressure group. When you started your new job there were plenty of people prepared to give you a chance: the whole Catholic Church in fact, at least for the first hour or two. However, you have a knack for causing annoyance to people, either by invading Malta, writing odd documents such as Amorous Letitia, accusing people of being "rigid", or simply building up your collection of Pachamama idols. Cardinal Bulke refuses to come to dinner, Cardinal Sally gives you penetrating glances, and even Cardinal Müllet points at you and taps his head significantly. The answer is to take the Christian attitude. Make friends of people whom everyone else regards as beyond the pale. If possible, promote them to jobs way beyond their level of competence. 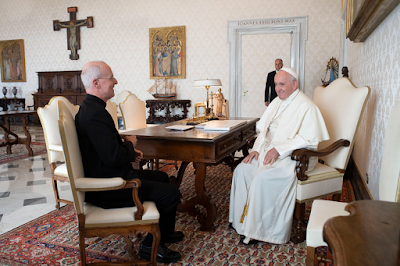 "Father Jimbo. They tell me you're beyond the pale. Welcome!" Promoting Fr Jimbo (as above) might be a step too far, although you can appoint him as an adviser, provided that you ignore his advice. Here's another example in which you can give a vote of confidence to a complete no-no. 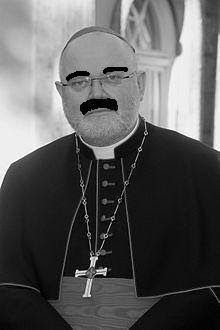 Rhino Marx, the last of the famous brothers. Cardinal Rhino is a special case, as he comes to you and says, "I'm a total failure, and I resign!" Well, he's right, but you can earn his everlasting devotion by giving him a big hug and saying, "Stay on, Rhino! At least you're not as bad as Nicholas Vincent of Westminster!" 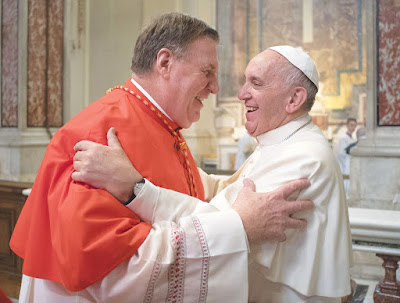 Another new friend. One final example. Cardinal Tubby of Noahsark (whom you made "eminent" as a little joke) has got himself into trouble by sending indiscreet tweets and mysteriously associating with actors. So what can you do to earn his undying worship? Promote him to the Supreme Tribunal of the Apostolic Signatura! This job comes with a papal knighty-knighthood, and he'll love that. This way, you can guarantee that you are surrounded only by yes-men, but be warned! Some ingenious people may get to see you even if you having been avoiding them for years... 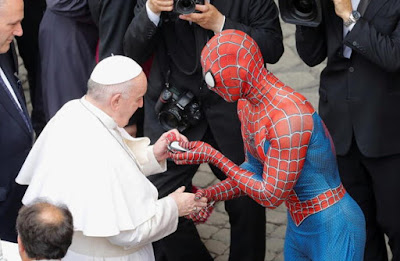 "Now about China..." Cardinal Tao wears an ingenious Spadaro-man disguise in order to get near you.
Posted by Eccles at 12:04