The Pope writes to the Beast

Scholars have long known that James J. Martin S.J. was the Beast of the Apocalypse, and it was no surprise to Francis-watchers this week when he received a letter from the Holy Father himself. 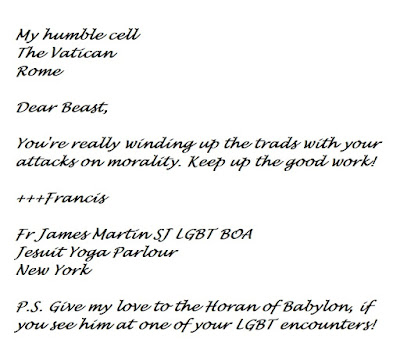 That letter in full. Said the Beast, "The Pope is fully backing my campaign to support LGBT people, to allow them a sacramental marriage, and to permit them to become priests. (Oh what a giveaway!)" 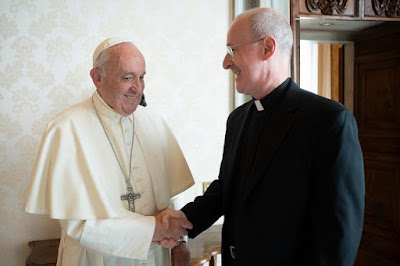 Let me not to the marriage of true minds admit impediments. Pope Francis himself is to be the subject of a new book by John Cornwell. Having had his hit job on Pope Pius XII thorougly debunked, John feels far more confident of his new book "Xi's Pope" detailing how Francis sold out to communist China. We hope to persuade Cardinal "My letter of support from Pope Francis seems to be lost in the post" Zen to review it for this blog. 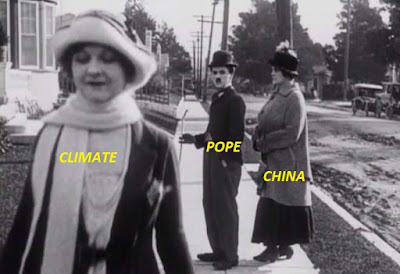 One of those meme things. Meanwhile, President Joe Biden, anxious that he might ultimately be told not to receive Communion*, is planning to invade the Vatican and install a puppet pope (these days warmongering is his best chance of a Nobel Peace Prize). The choice seems to be between Cupich, Wuerl, Farrell, N.N. Tobin, and Uncle Wilt Gregory. Or one of the Muppets would do just as well. *No, it's not going to happen. 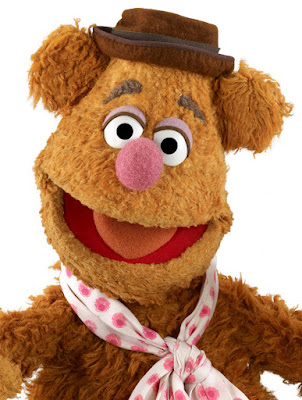