I has been asked for more details about de opera Götterdamian, Twilight of de Bloggs, and here is a synopsus dat I fuond. 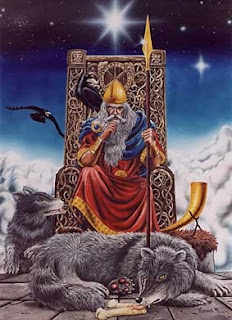 Damian, king of the blood-crazed ferrets, builds a mighty blog called Telhallah, where heroes such as the legendary Otsota, Mundabor and Bencarta can gather to discuss the eternal verities; they attempt to decide who will be the next Archbishop of Westminster, whether Mario Conti is a real person or just a pasta dish, and why the Daily Telegraph is not published in Latin. As they sit round the fireside, quaffing mead, a pleasant and holy smoke arises from their discussions. 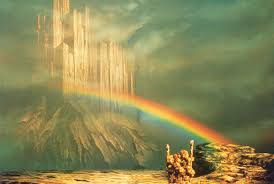 However, the blog is cursed, and the mighty fortress of Telhallah is soon invaded by monsters. First there comes Bosco the Clown, who interrupts every discussion, but he is ignored by almost everyone. Then an army of evil trolls arrives, led by the dragon Judyhaddock and her sidekick the gnome Pholas. All night long they attack the forces of Good.

Damian, horrified by this onslaught, changes tactics completely and attempts to appease the invaders. We learn that  Damian's staff, the symbol of his power, has been shattered... the veteran sage Gerald the Warner is banished to the frozen north, and even the Comedy Friar, George the Pitcher, vanishes. New philosophers, such as Peter of Mullen, take their place in the kingdom, but all are driven mad by the ravings of the Witch of Odone.

Finally, a further horde of trolls, with names such as "Father" Arthur, Daryl and Phil, invades Telhallah, pretending to represent the forces of Good. However, these trolls also ally themselves with the dragon Judyhaddock, who is now reincarnated as Molly the Bandit. 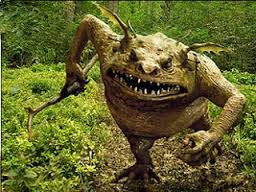 In vain the remaining philosophers attempt to hold the blog together, but Damian himself changes sides, and becomes a standard-bearer for the forces of darkness. The eternal verities are banned from Telhallah, and all that remains is a trivial discussion of celebrities, such as Johann the Hairy and Galloway the Cat-man. The blog disappears in a mighty flamewar, and the whine-maidens sing a final ROFL as eternal darkness falls.