As the world's oldest environmental correspondent, and the sole survivor of the 1913 conference which found that the sinking of the Titanic was due to atmospheric carbon dioxide, I was invited to a prestigious Climate Change congress in Rome this week. There I discovered that Pope Benedict XVI is so concerned about water shortages that he will be banning the use of Holy Water in Catholic churches so as to minimize the Holy Spirit's "Hydrogen footprint".

For many years the Catholic Church has been known for its indifference to green issues. Indeed, the carbon dioxide produced by this Easter's Paschal candles has caused sea levels to rise by no less than six feet, and (so I am told) the town of Adelaide has completely disappeared underwater. Will Benedict XVI go down in history as the Green Pope? We can but pray to Gaia that it will be so. 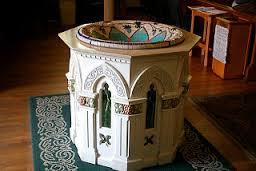 For our children's sake, stop this waste now!

It doesn't matter what notes you play
By Stephen Oh-Hug


Occasionally, when you are performing a concerto at the Carnegie Hall, or possibly the Royal Albert Hall, your attention will wander for a moment and you will think, "Am I supposed to be playing Rachmaninov or Tchaikovsky right now?"

Well, you'll be pleased to know that it doesn't really matter. The great pianist Alfred Brendel said that under such circumstances he would wing it for a while, perhaps simply playing an embellished version of Pop goes the weasel until the orchestra gave him a clue what he was supposed to be doing. Then he would come back to the score as if nothing had happened. Provided that he kept a straight face, none of the audience would ever notice. 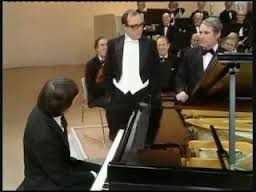 Why we owe so much to Chris Huhne
By Tom Vichers

As a fully-paid-up pro-Gay Liberal Atheist, I see it as my duty to wind up the Telegraph's largely conservative readership. So today I am focussing on the achievements of Chris Huhne, one of my real heroes. Who can doubt that if he had been prime minister, he would have legalised cannabis, heroin and opium, which, after all, are no more harmful to the teeth than coffee with sugar? Then again, there are some parts of the British countryside that do not yet have their own wind turbines - why oh why should the Yorkshire Dales be deprived in this way? It can only be attributed to the fact that Chris Huhne was forced out of office by the forces of reaction (Inspector Norman Plod).

Unfortunately our picture editor could not find a photo of the great man, but here is a photo of his ex-wife going for a spin. 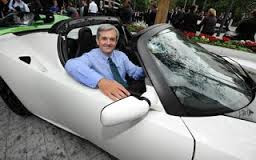