In the past, dis blogg has encouraged poeple to adopt cradinals, deacons, and even pops, all of which needs our help on occasoins. However, we was astuonded to hear from our slightly-saved but very rood and norty friend Mundabor that we now needs to adopt angles. 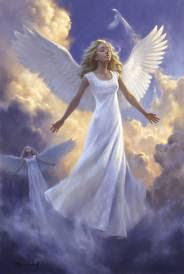 Ullo, Eccles, you is my gaurdian human!

Apparently, Man is no longer lower than the angles, at least according to a telephone conversatoin that Pop Francis may have had with an angle, and so we gotta forget Pslam 8:5, Herbews 2:7, and the rest, and become de gaurdian humans of angles.

Pussonally I always confuses angles wiv Anglicans, cos I read in a history book (1066 and all that) that Pop Gregory said that some kids was Non Angeli, sed Anglicani. When I heard about this adoptoin scheme I was scared that I might get Giles Fraser to adopt (and be woken up every mornin by him doin his silly bit on the Today program), but in the end it came out OK, and now I got a luvvly young creecher called Angela sleepin in the spare room. She's thinkin of startin a blogg called "On the side of the humans". 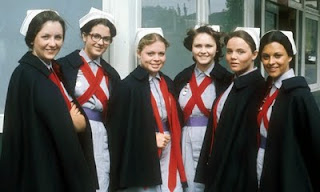 Is these angles? Not sure where the wings is.

Adoptin angles is reely very easy, as they doesn't eat anything, and they will often help with the housework. One night a week they goes off and has a Heavenly Choir Practice - and they does spend a lot of time in the bathroom, singin Hosannas as they wash their wings etc. But you gets used to that. 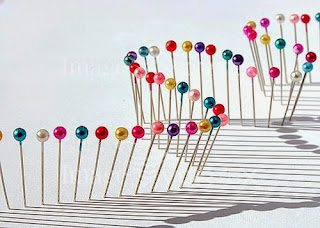 Angela also likes dancing on the heads of pins.

P.S. Sorry if the spellin aint up to its usual standrad this week. My secretarry, Ecclesiis, went off in a hough when Angela moved in, and we aint yet found a replaicement.