It has been reported that the the BBC has sacked one of its Thought for the day speakers, Fr Jeremiah Clarkson, for using the "highly offensive" S-word. Obviously on an invariably polite and courteous blog such as this one we cannot print the S-word in full, but for those who don't know what we are talking about, it begins with S and rhymes with "dinner".

Said a spokesman for the BBC, "Times have changed, and language that would have been perfectly acceptable 50 years ago is now regarded as offensive. The S-word has not been used in polite company for a long time. The important message of religion is that God loves us all (or, when the Muslim speaker is on, that God hates us all), and to call someone a S... oops, it nearly slipped out, there - is grossly offensive."

Fr Giles Fraser, a seasoned Thought for the Day veteran, agrees: "When I see someone acting in a really unpleasant way - for example, repeating Christ's views on marriage - I may go so far as to call them a Bigot, but I would never insult anyone by using the S-word. After all, the concepts of Good and Evil aren't compatible with modern secular religion." 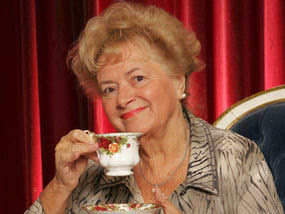 In other news, our Boat of Fools sent its "mystery worshipper" to check out the Harvard Black Mass. It turns out that the attendance was rather small, as the publicity on the church noticeboard was unappealing, to say the least.

The Devil does not have the best advertising agency.

Some people were attracted to the Harvard church by the prospect of seeing a virgin sacrificed; however, when they saw what was on offer, they hastily made their excuses and left. 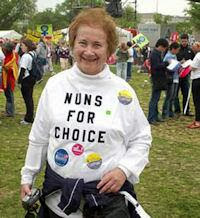