The diocese of Arundel and Brighton rejoices

Sunday 5th July 2015 will surely be the most exciting day that Christendom has seen since Pentecost, A.D. 28 (or whenever it was)! 50 years of Arundel and Brighton - the diocese that's a model for Catholics everywhere! Especially since the year 2000, when its bishops have included two spiritual giants of this age - or indeed of any age - Cormac Murphy-O'Connor, the eminence grise who runs the Catholic Church behind the scenes, and Kieran Conry, once tipped to be the next pope but three! 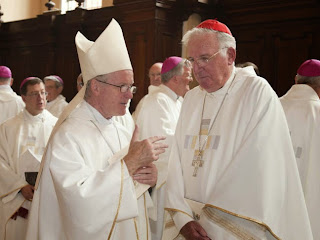 You thought I was going to use that photo of the two of them looking shifty, didn't you? Admit it. Well, maybe later.

Crowds of people will be heading to the Amex Stadium in Falmer, Brighton. This in itself is something of a miracle, as the place is normally used by Brighton and Hove Albion football team: thus the stadium remains empty for weeks on end. The entire Catholic population of Surrey and Sussex is encouraged to trek over there, and no doubt there will be special "Catholic special" trains laid on. So bad luck if you were thinking of going to Mass in your local church: your priest is under instructions to get his football boots on and trek out to the Amex Stadium. 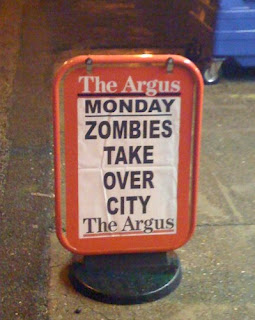 What may happen if all the priests are away for the day.

Now, let's see what giants of Catholicism will be turning up for the football match. Cormac, yes, hard to keep him away really; not Kieran, as far as I can tell, but who knows? He doesn't seem to have moved out yet. And the two key speakers, who will no doubt wish to encourage the faithful Catholics of the South Coast are...

Have a guess, go on. The Pope? No, too busy giving interviews. A nearby bishop of distinction (+Egan of Portsmouth, maybe?) No. Bill Gardner, formerly of the Argus, and now employed by the Telegraph in its relentless "dumbing-down" campaign? No, be serious.

The first guest is the great Rowan Williams! Er, wasn't he until recently the Archbishop of Canterbury? Wouldn't that make him an Anglican, not a Catholic? Yes, I think so. 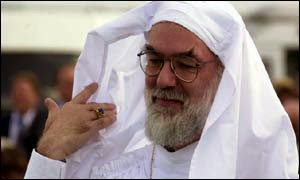 And the second guest is the even greater Timothy Radcliffe! Yes, he is a Catholic, of the slightly ludicrous variety, being known for his public opposition to the Church’s teaching on homosexuality. Well that will go down well in Brighton, no doubt, although not with many Catholics. 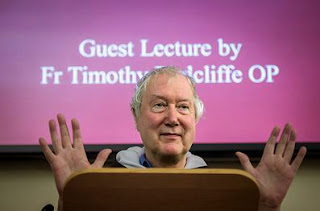 It could have been worse. So far Mo Ansar has not been invited. Or Richard Dawkins. Or Tina Beattie. And it's not too late to ask Fr Ray Blake to take over the running of the event. Or me, for that matter. 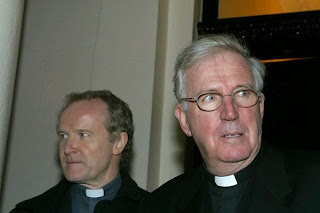 The picture we've all been waiting for.