The news that Tim Farron, an Anglican, has been elected as party leader of the Liberal Democrats has sent waves of horror through the media. Why couldn't they follow the lead of the deeply sensitive Labour party, which was seriously considering electing cuddly Jeremy Corbyn, a simple socialist with links to extremism and terrorism? No, the Lib Dems had decided to abandon all hopes of electoral success by going for a God-botherer, the sort of chap who believed in sky fairies and ideas invented by bronze-age goatherds (etc. etc. etc.) WAS THAT RIGHT? I MEAN, WAS THAT RIGHT? 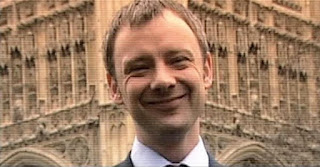 John Humphrys, doyen of the Today programme, is in no doubt that Farron should quit politics, and preferably hang himself. "These Christians, we know what they're like. They kneel down in churches, asking God for guidance, rather than simply getting it from the Guardian, as the rest of us do. They read the Bible - well, some of them do - as if it could possibly contain something relevant to modern life."

It was pointed out that David Cameron also describes himself as a Christian. "Yes, but he's the right sort of Christian. He doesn't let his religious beliefs affect his actions in the slightest. You wouldn't catch him letting his conscience get in the way of what was politically expedient." 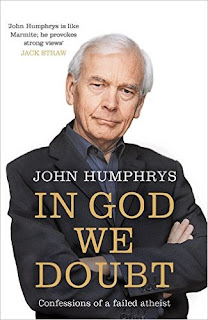 Should atheists be allowed to deny God on Radio 4?

Then we mentioned to Mr Humphrys that his colleague Giles Fraser was also a Christian, in fact a professional "man in a dress" , alleged to have a spiritual life outside his metropolitan Guardianista activities. "Really? Are you sure of that? I would never have guessed. Why, he's a good BBC man. How can he possibly be a Christian?"

Over at Channel 4, the channel set up to promote sexual deviancy (in the days before we realised that the BBC was already doing this, even when not asked to), Cathy Newman took over the attack. "What do we know about Christians? (Thumbs through Channel 4 guide to religion.) Oh yes, they're obsessed by sex. Eh? What's wrong with that? Oh I see, they hate sex. If they had their way sex would be illegal. Obviously, Tim Farron is trying to make the human race die out by stopping us all from having sex. And most of all Christians hate homosexuals. Why do we never see Tim Farron on Gay Pride marches? Is he letting his beliefs influence his beliefs? Er, I mean... Anyway, we never had this trouble with the Satanic Fire-worshipper who was on last week." 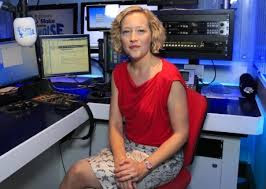 Tim Farron remains defiant. "I'm only an Anglican," he retorted. "It's not as if I had really controversial beliefs, like the Catholics! But I'm thinking of becoming a Muslim. That way the BBC and Channel 4 won't dare to criticise my faith."