What is a prominent Catholic?

Fifty prominent Catholics have written a letter on welfare reform to the Tablet. Since it was behind a paywall (the so-called "Dark Web"), we would initially have needed a subscription to read it, so we have had to wait two weeks to find out who the fifty prominent Catholics are. My guess was Chris Patten, Eamon Duffy, old Uncle Ed Stourton and all, but I was wrong. 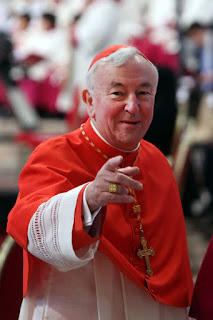 A prominent Catholic, but one who doesn't like people writing to the press.

One of the letter-writers is Tina Beattie, modestly described as "Professor of Catholic Studies, Director, The Digby Stuart Research Centre for Religion, Society and Human Flourishing (DSRC), Digby Stuart College, University of Roehampton". Oh, THAT Tina Beattie. Not Tina Beattie the all-in wrestler, as I first thought.

Others are given the label "retired teacher", when we could at least have been told they were "retired teacher of geometry, geography and human flourishing, St Trinian's Catholic Comprehensive". 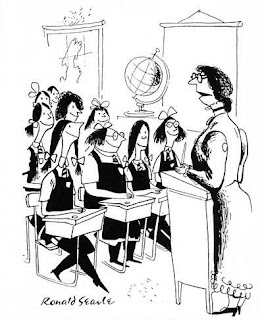 Apart from dear Tina, whose name will be well known to readers of this blog, the only name that I recognised instantly was David Lodge, the comic novelist. Not exactly a Wodehouse or even a Pratchett, but I did enjoy Changing Places. He apparently describes himself as a once orthodox Roman Catholic becoming less and less so as time went on. Yes, that's clear from his writing.

Splendid! The two most prominent signatories to the letter are about as far away from Catholic orthodoxy as you can get without actually sacrificing virgins to Apollo. Typical Tablet readers, and indeed Tina herself is a director and trustee. 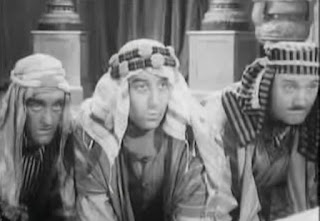 Oh, that may not be the right David Lodge.

After that, it gets more difficult to recognise any of the names. Two members of the Banbury Justice and Peace Group have signed the letter. Splendid people, I am sure, as you never hear of injustice or war breaking out in Banbury. But not prominent, perhaps. Another signatory calls herself "Union of Catholic Mothers". An odd name for a lady, or do we assume that the entire union signed the letter?

Note that "prominent Catholics" are not the same as "top Catholics", who are generally rich and famous people like the president of Adobe. For example, Prof. Tina Beattie will not be rich and famous until Hammer Horror agree to film God's Mother, Eve's Advocate.

To be a prominent Catholic all you have to do is say "look at me! look at me!" However, those who do look at you will say things like "Oh look, it's that old bat from St Trinian's; she's being prominent again. Pretend we haven't seen her." 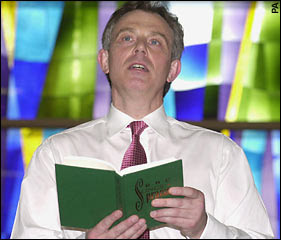 A prominent top Catholic. But you couldn't afford him.