This weekend the pope's visit to Ecuador, Bolivia and Paraguay has been overshadowed by a much more significant event - the 50th Birthday Celebrations of the Arundel and Brighton Diocese. Here are some of the events you may have missed by going to Ecuador instead. 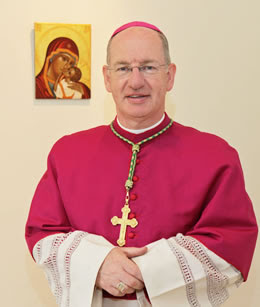 Bishop Moth requested that we NOT sing "If I were a butterfly..."

Cardinal Cormac Murphy O'Connor gave a keynote address on "How Team Bergoglio chose the new pope", explaining that if it hadn't been for his efforts we'd have been landed with Cardinal Dolan demonstrating papal inanity.

(Anglican) Archbishop Rowan Williams spoke on "Anglicans, Catholics and Druids - they're all the same really," before saying - in an apparent reference to austerity measures - "We must all make sacrifices!" 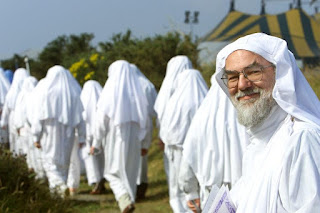 Fr Timothy Radcliffe OP explained his highly original views on "Gay sex - it's God's gift, it's Catholic, and it's eucharistic!"

We also enjoyed a performance of Paul Inwood's "gathering chant" "Prepare the way of the Lord, Moo-oo-oo, Moo-oo-oo".

Of course there were many other speakers, whose names did not appear on the official programme:

Michael Coren gave a fascinating lecture on "Why Catholics are right", before bursting into tears and saying "Actually, this week I'm a Jehovah's Witness."

Damian Thompson of the Spectator spoke on "Attending Mass - an old Catholic tradition revived". He explained that - contrary to popular belief - attending mass was not forbidden by Vatican II, and that many traddies were trying to revive the custom.

Bishop Emeritus Kieran Conry gave an address on "If you're chaste, expect to be caught!" and showed us his very interesting holiday snaps. 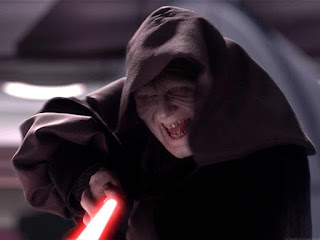 Entertainment from the ACTA youth group.

Basil Loftus gave a speech entitled "Proud to be a heretic", in which he said that future generations would forget Gnosticism, Arianism, Pelagianism, and Nestorianism, and instead speak in hushed tones of Loftusism, which contained a far richer collection of wacky ideas.

Finally, Professor Tina Beattie gave a surprising talk, in which she swore total fidelity to the Catholic Magisterium and labelled anyone who tried to change Catholic teaching "a heretic of the worst kind". She was later taken to hospital complaining of sunstroke.