Following some scathing criticism from Mr "Andy" Burnham, who is a candidate for the five-year position of Leader of the Opposition, God the Father Almighty has admitted "Yes, perhaps I am too judgemental." 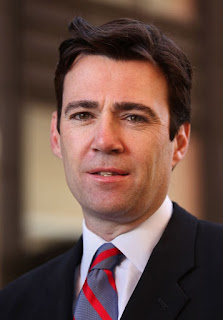 Only Andy Burnham is qualified to judge God.

God continued, apologetically, "I'm afraid I set up a system of right and wrong that was supposed to last throughout all ages. It took a man of the calibre of Mr Burnham to point out that the eternal verities had an expiry date of 2013. My plan to have a smaller, purer, Heaven, where only people who were by and large on my side could enter, was with hindsight a bit ambitious. It's a much better plan to 'dumb down' and lower the entrance requirements."

God further explained that the Last Judgement had been cancelled, and there would instead be a simple "Welcome to Heaven" party, to which all were invited. 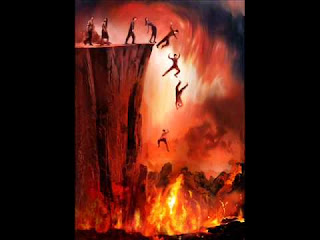 Until now, voting for Andy Burnham was believed to carry certain long-term risks.

God did mention that everyone in Heaven was very impressed with Mr Burnham's words: My kids go to a Catholic school, so I still believe in the values and the grounding it gives you. We did not identify this paragon of education, but we believe it may be one of those new Catholic schools in which words like "God" and "Jesus" are forbidden. Certainly, the progressive view is that there should be no attempt to teach the basic notions of right and wrong, as this is something the children can work out for themselves simply by watching the BBC or reading the Guardian.

Mr Burnham had to read the catechism at school, and says it is powerful, strong and right. So it is right, but he disagrees with it. Yes, yes, Mr Burnham. Have a lie down, now. You've been working too hard, haven't you?

Pope Francis is also offended at being described as "judgemental". Said he, "The one sentence of mine that people quote is 'Who am I to judge?' even if they take it out of context. Mr Burnham could at least credit me with having no judgement - after all, it's what my enemies in the Church tell me."