A startling prediction by the pundit Piers Stefan Pughe-Morgan (I didn't make that up), commonly known as Piers Morgan, that he would be elected pope in August - see below - has come to pass. England has won the Ashes, and Pope Francis has bowed to the inevitable and resigned. The alleged alternatives, to have the papal phone hacked, to see invasive photos of himself in the American edition of the Daily Mail (Ed. P. Morgan), or to read headlines such as "SURRENDER! FOR YOU JORGE BELGRANO DA PONTIFICATE IS OVER!" were too much. 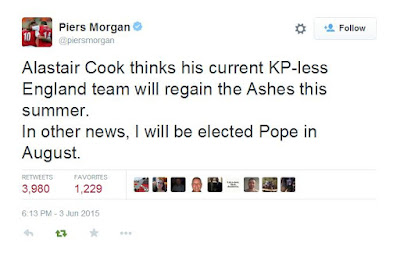 The secrets of Fat-head. Mystic Morgan foretells the future.

For those Catholics disgruntled with some aspects of Pope Francis's reign, we can assure them that Pope Piers will be far worse. The forthcoming Synod on the Family will be replaced by a special series of Vatican's Got Talent featuring acts from all the leading clergy, with the winner being allowed to decide the question of Catholic doctrine on marriage and the family. Already, certain cardinals are practising their acts. 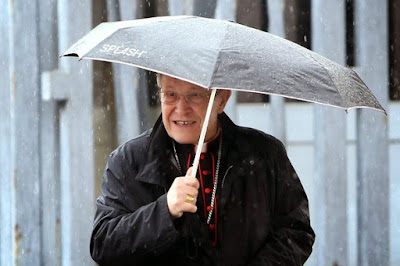 It is also expected that Pope Piers will also take direct control of the Vatican Bank, using his undeniable gift for prophecy to make infallible purchases of shares that are will then increase in value. A special encyclical "QUOMODO PECUNIA TUA SALVATA SIT" ("How your money may be saved") will give financial advice to the faithful. 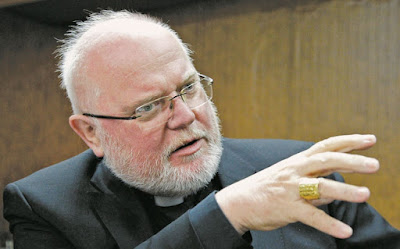 "You are in my power." Reinhard Marx with his hypnotism act.

One thing that will not change is the papal habit of insulting people. Pope Francis is well known for this, and Pope Piers will maintain the tradition. However, it is feared that the new papal vocabulary will not match the subtleties of expressions such as "self-absorbed Promethean neo-pelagian", and be more of the nature of playground insults such as "idiot". A pity, really.