As part of the latest stage of Operation Yewsless, in which the police investigate the lives of dead celebrities to see whether they may have been sex offenders, Scotland Yard confirmed today that it was seriously looking at the Old Testament religious leader and lawgiver Moses. Naturally, most of Moses's alleged crimes would have taken place overseas, but there is a mysterious 40-year period when - according to scripture - he was wandering in the wilderness. This may mean that Moses spent some of this time in a British wilderness such as Croydon, Luton, or Dagenham. In any case the police are co-operating with Interpol on the affair. 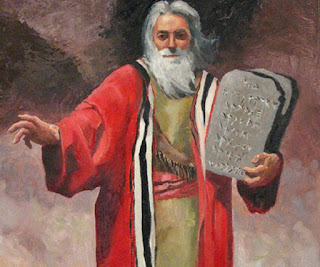 Moses. "He gave me some strange tablets," said one contemporary accuser.

Moses is already under investigation by the Egyptian police for the crime of killing an Egyptian citizen (see Exodus 2). As they say round there, "Justice is slow but sure," and they expect to be ready to press charges within the next thousand years or so. But it now turns out that Moses may have done even worse things.

Some people are asking why Scotland Yard is wasting its time investigating crimes against dead people, rather than leaving that sort of thing to historians. Said Superintendent Grave of the Yard, "The alternative would be to use our scarce manpower for chasing modern criminals - burglars, muggers, that sort of thing - and frankly, it's much easier to track down and arrest dead celebrities. They won't be going anywhere."

It has been observed that some police will only investigate burglaries at even-numbered homes, a measure approved of by David Cameron (10, Downing Street), but not George Osborne (11, Downing Street). 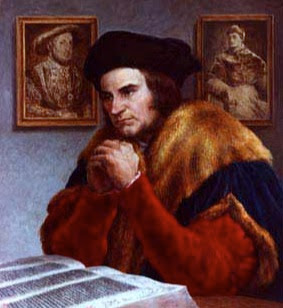 St Thomas More. You can die, but you can't hide!

Following the publication of Hilary Mantel's Wolf Hall, Sir Thomas More is now also on a list of people the police would like to question. "He may have already been executed on a trumped-up charge of treason, but that doesn't mean that we can't still make life uncomfortable for him," explained Superintendent Grave. "So far we have no evidence against him, other than a general impression from Dame Hilary's book that More was up to no good. Still, we cannot rule out the possibility that he was at the centre of a vice ring involving sex slaves, drugs, and hate crime. After all, he was a Catholic." 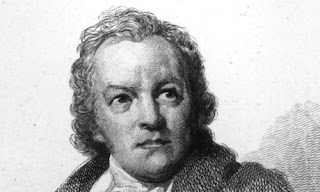 William Blake. What were these "arrows of desire" that he boasted of?

Grave of the Yard has also tracked down the author of a familiar hymn about "arrows of desire", and identified him as a Mr Blake, now deceased. "We would like to question Mr Blake, as these "arrows of desire" sound very suspicious to us. We have also ascertained that Blake was encouraging people to sing "songs of innocence and experience". Do I need to say more?

The investigation is expected to finish some time within the next century.