Following his trip to the refugee camp near Calais, and his triumphant appearance on Songs of Praise, it has been revealed that Father Giles Fraser has been appointed to the prestigious position of Anglican Bishop of Calais. 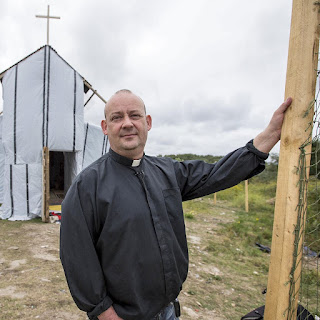 The new bishop will also play in goal for Calais Eritreans.

Said the Right Reverend Bishop-elect: "For too long, our clergy have been leading a very comfortable life, spending much of their time appearing on Radio 4 or writing trashy articles for the Guardian. I intend to give a lead here, by living in a simple bishop's tent and devoting myself to those who are desperate to escape from France. Which is most people." 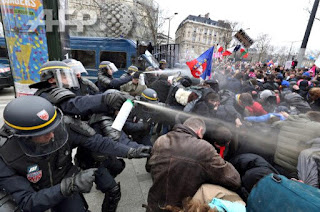 The gendarmes give a traditional tear-gas welcome to Christian marchers.

The existing church in the camp, St Michael’s, is Ethiopian Orthodox, and as such does not share all of Giles Fraser's religious views. "What the place needs is an alternative Christian viewpoint," says Fraser. "I appreciate that convincing the locals of the virtues of socialism and same-sex marriage may be something of an uphill struggle here. In fact, every time I open my mouth people rush away saying 'Sorry, I've got a train to catch'." 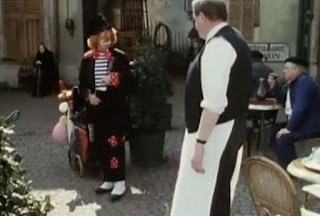 So does this mean an end to Fr Fraser's media appearances? Well, alas not. He has already been signed up for Radio Quatre's daily intellectual slot, Je suis un évêque, je pense pour vous, as well as the comedy show Le labyrinthe moral; and he is expected also to write a regular feature for Le Gardien's Comment ça va? So no change there.