As Jeremy Corbyn MP looks increasingly likely to become the next leader of the Labour party, support has come from an unexpected (?) source, for Pope Francis has put his weight behind Mr Corbyn's candidature. Given that all four of the candidates are atheists (or "agnostic" when talking to Christians), there is no reason why a Catholic pope should not make a free choice whom to support. 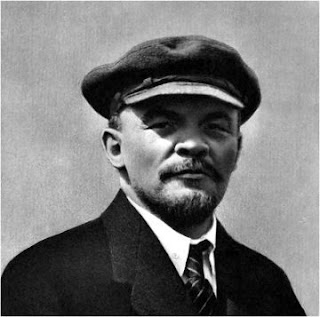 It is said that the pope is planning to trade in his zucchetto for the traditional socialist's silly cap, and he will probably want to grow a beard in solidarity with Mr Corbyn, for there are distinct signs that the Holy Father is sympathetic to the ideals of the MP for Islington North. For example, he picked up a most exciting Marxist relic on his recent trip to South America. 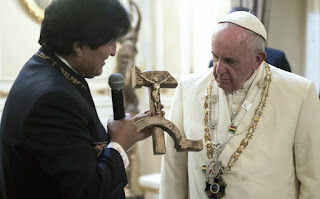 It has always been accepted behaviour for great religious leaders to fraternize with dodgy people (or "sinners" as we used to call them), and Jeremy Corbyn's links with Sinn Fein, Hamas, Hezbollah, etc. are seen as a sign of his greatness. Similarly, the pope is not hesitating to dive head-first into the murky world of politics, including Argentina's obsessive campaign to grab the Falkland Islands and its reserves of oil and gas liberate the oppressed sheep of the Malvinas. 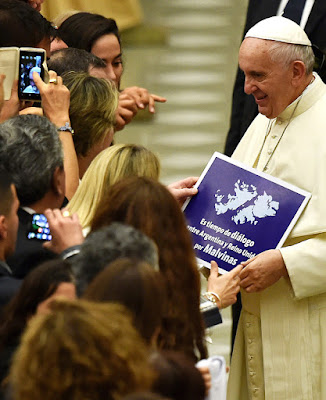 "Will this get me back on Cristina Kirchner's Christmas card list?"

Some people have described Corbyn as a joke candidate, and totally unfitted for the position of spiritual leader of 300,000 Labourites. Still, it should be remembered that, although it is the duty of faithful Labourites to show respect to their political father, who is the occupant of the chair of St Keir the hardy, his words need not be treated as infallible except when he speaks ex cathedra on matters of party policy. If we understand that, then we can all get along fine.