Following the hacking of the Ashley Madison adultery website, and the embarrassment caused by the release of a large list of subscribers, it has been reported that the hackers (the so-called Impact Team) are now targeting the Tablet subscription list. 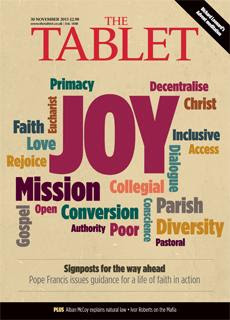 Diversity is more important than Christ, with JOY best of all.

Many otherwise faithful Catholics have been tempted by the idea of having a "good time" with the Tablet, perhaps even going so far as to read one of its articles online (after all, it is said that Christopher Howse is slightly saved). However, it is widely considered that taking out a subscription to the magazine, flirting directly with the writings of Clifford Longley and Tina Beattie, is unacceptable behaviour. It is said that in many an allegedly pious Catholic home, copies of the magazine are delivered in brown envelopes, and conversations such as the following take place:

Wife: Your copy of Catholic Babes in Custard has arrived, darling.
Husband: Er yes, thanks. (Thinks: Thank goodness she doesn't realise that it's really the Tablet!)
(Rushes off to admire Elena Curti's latest craziness.) 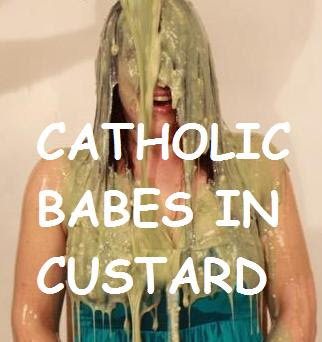 A less embarrassing alternative to the Tablet.

However, if the hackers succeed in their aims, then they will expose many apparently-orthodox Catholics to shame and ridicule, and this may even lead to the break-up of families. Still, the Impact Team are unrepentant, feeling that it is only right to expose double standards.

We will keep you informed of further developments. Rumours going round Eccleston Square suggest that the Tablet subscription list may contain the names of several prominent bishops and other high-profile Catholics. We do hope that this is not the case - the Church cannot afford such scandals.