Bill "killed off too soon"

Supporters of the Assisted Suicide Bill reacted angrily to the news that it had been killed off prematurely in a House of Commons vote (330 votes to 118).

Rob Marris, the proposer of the bill, commented, "I know that the bill was very sick, and was going to die anyway; it probably had less than six months to live. But it is really shameful to see people deliberately killing it off, rather than letting it die naturally, as Lord Falconer's bill was allowed to. If I'm in the House of Commons for one purpose, it is to protect the weak and vulnerable - and I don't just mean the Labour Party." 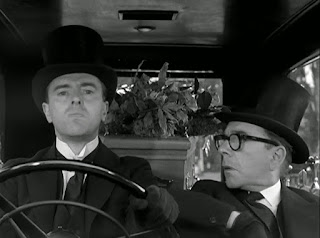 Undertakers - expecting extra business but now to be disappointed.

Apparently, many of the opponents of the Bump-em-Off bill were people of a religious tendency - which of course means that their views are totally invalid, and they should not really have been allowed to vote. On the other hand, those who actually wanted the Death-Blood-Cut-Psycho bill were mostly an alliance of actors, second-rate comedians, and other celebrities - in short, the modern opinion-formers. 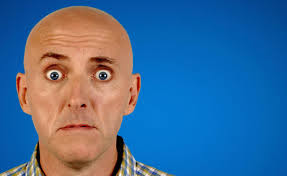 Lee Hurst - will his comic career be allowed to die naturally?

It is believed that a "compromise" bill may soon be introduced, allowing doctors to help people who wish to self-harm but not kill themselves. Thus, if you feel an urgent need to gnaw your own arm off after watching David Baddiel, you will be able to go to a doctor's surgery and the doctor will gnaw if off for you. It is not clear whether this is against anyone's religious principles.