Pope Francis is said to be "fuming with rage" after this year's official April 1st joke (a long-standing tradition among popes) was released on March 31st, and was therefore taken seriously.

According to the spoof announcement, the Pope's apostolic exhortation based on the Synod on the Family was to be called "Amoris Laetitia" ("The joy of making love" - in itself an obvious give-away), and to be presented by Cardinal Lorenzo Baldisseri, Cardinal Christoph Schönborn, and "a very nice couple I met in the pub" called Francesco and Giuseppina Miano. 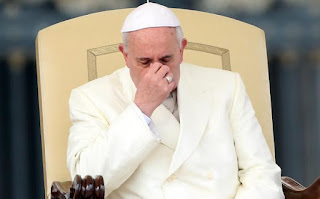 When a joke misfires...

"Do you really think I'd trust Baldisseri near my apostolic exhortation?" asked Francis angrily. "He's been manipulating the synod ever since it started, and he still hasn't explained what he did with all those books that went missing."

There is a rumour that Baldisseri hid several hundred copies of the book in the attic above his bedroom, and one night they all fell through onto him when he was sleeping in bed... 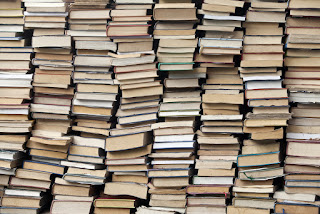 "And then Schönborn? Schönborn? The man whose own diocese is a basket-case of heresy and dissent?" continued Pope Francis. "Well, I tried to think of someone ludicrous to accompany Baldisseri, but Kasper's started talking to trees and Danneels is preparing to go in hiding, so I thought that suggesting a man who blesses homosexual partnerships would bring the house down!" 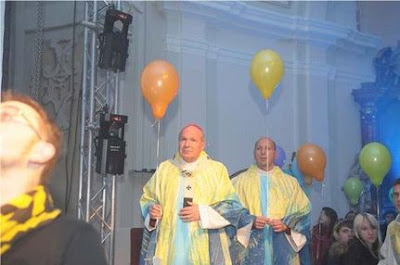 "Then I added Sid and Doris Bonkers - or whatever their names are - just to make things look a little more plausible," concluded the Pope. "Someone suggested 'Kieran Conry and partner', but that was a step too far."

As a result of the announcement's being made on March 31st, rather than April 1st, it is being taken seriously by the Catholic Church, and Pope Francis fears it is too late to rescind it. "Still, I've got another good joke for April 2017," he concluded cheerfully. 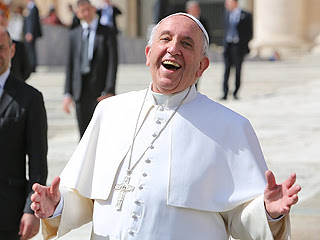