The 4th secret of Fatima

The story of the three Portuguese children, Lúcia Santos and her cousins Jacinta and Francisco Marto, who saw the Virgin Mary in 1917, and were entrusted with three secrets, is well known. What is less known is the story of another cousin, Ecclesão, who left the group before they became famous. 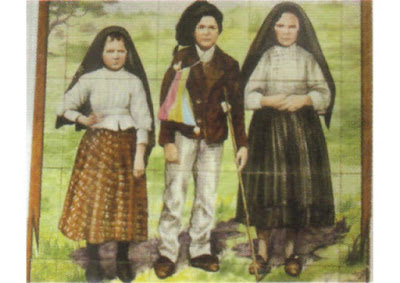 Why is Ecclesão always omitted from the Fatima records?

Ecclesão always claimed that Mary entrusted him with the fourth - and most significant - prediction, which would come to pass exactly 100 years later. According to his account, the message went as follows:

"Now, Ecclesão, pay attention, as I have an important warning to deliver to you. Stop scratching, and put that phone away - you won't get a signal for another 100 years anyway.

There will come a time when the Church has two popes living - one aged 90, who will be called Benedictus (blessed), and one aged 80 who will be called Franciscus. The older man will spend his declining years in prayer and beer-drinking, a just reward for a life of holiness. Beware the younger man, for he will reject the teaching of his forefathers, even the present Pope, Benedict XV. 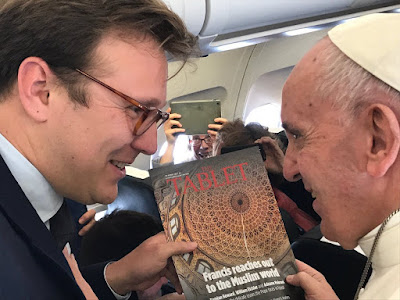 The evil one tempted him, and he did read the words of Beattie and Küng.

There will be many and diverse quarrels in the Church at that time. Franciscus will prowl like a roaring lion, seeking whom he may devour. There will come a man from the New World who will ask five questions of Franciscus, and what do you think he will reply?"

"Nice try, Ecclesão, but no coconut [editor's note: this is an untranslatable Portuguese idiom]. Nay, Franciscus will remain silent - at least when it comes to answering the five questions, although he will plot against the man from the New World, and he will let it be known privily that the answers are in fact 'Yes, no, no, no, no', although he will not dare say so in public. 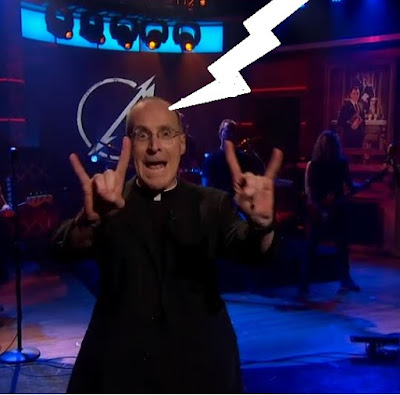 And the Lord shall smite the ungodly one, though he be a Jesuit.

Look towards the Sovereign Order of Malta, Ecclesão, and see the damage wrought. The holy men of the order will distribute engines to prevent the conception of children, and their grandmaster will essay to stop them. But Franciscus will take over the Sovereign Order and seek to appoint a new grandmaster. Yeah, he will even attempt to ban their grandmaster from Rome, although he will soon discover that he hath no such power.

Ecclesão: This is pretty ghastly, isn't it? Can I go now?

Do not interrupt, Ecclesão. This is the story of end times. In 100 years from now the Church must make a decision. Will it persuade Franciscus to take a humble pension, and retire to Dunrantin, the home that is prepared for him? If so, then there may come a man of dark skin with the name of a girl, who will succeed Franciscus in the Chair of Peter and restore true teaching. Or will Franciscus continue to rage, until the time cometh when a man of the Eastern Philippians, who already seeketh supreme power, will be ready to bring destruction upon the Church?

Ecclesão: it's enough to drive you into the arms of the Anglicans, isn't it?

At this point the Virgin Mary laughed heartily and disappeared. 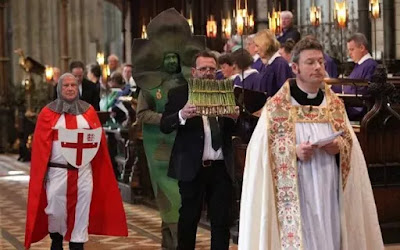 Asparagus with Worcester sauce - Ecclesão is shown a strange vision of the future.

[Editor's note: of course it's possible that naughty Ecclesão made the whole thing up.]