Exclusive revelations from Christopher Lambchop of the Tablet.

Tablet readers all know that the Leader of the Opposition to Pope Francis is Cardinal Sarah. In this hatchet job in-depth analysis, I can exclusively reveal some of the things he has been trying to keep secret. 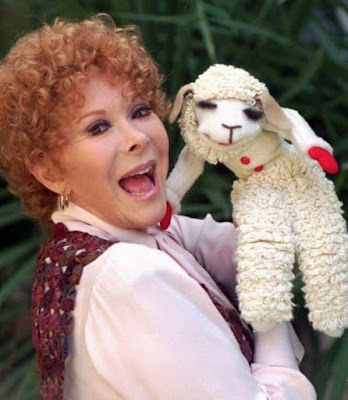 Tina Beattie and Lambchop at a Tablet party.

First, did you know that, despite being called Sarah, he is in fact a MAN? This sexual ambivalence could be the reason why he wants to persecute women by not letting them become priests. What do you think?

I can also reveal that he is BLACK; in fact he comes from the African country of New Guinea (memo: check this). His long opposition to dictators, notably Sékou Touré, has no doubt prepared him well for his current role as leader of the opposition to Pope Francis. He opposes him in "Yes, Minister" style by supporting Pope Francis while secretly undermining him - in fact so secretly that nobody except me even guessed that he has a passionate hatred for the Pope! 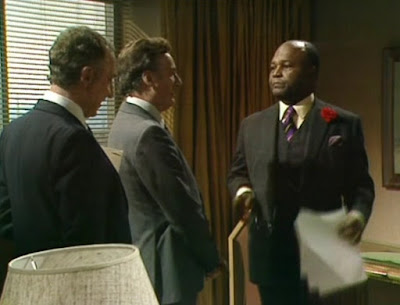 Sarah's connections are sinister in the extreme. The Knights of Columbus bought copies of his book! Gosh, I wouldn't be surprised to learn that other extremists have got copies too - we have had no denials from Damian Thompson, Father Zuhlsdorf, Pope Benedict XVI, Boris Johnson, or Donald Trump, have we? His connections in Africa are also very dubious - could he secretly be a Lefebvrist - perhaps even too extreme for the SSPX? Seems likely, eh?

He's certainly an intelligent man - he studied Scripture in Rome and (unlike Pope Francis) has learned how to read without moving his lips! Too clever for his own good, eh? Francis, being merciful and saintly, refused to exile him to a war zone such as Syria, although he richly deserves that!

Sarah remains extremely loyal to Benedict XVI, unlike most reasonable people, who hated him from the start. Controversy arose in January, when he even dared to co-author a book with him, disregarding Pope Francis's apostolic exhortation Senex Maledictus ("Curse the old man!")

He has this obsession with traditional Catholic teaching - he was the one who put a stop to Pope Francis's attempts to make a "filial correction" of Jesus Christ. He even likes celebrating communion ad orientem (an African term meaning "refusing to grin at the congregation"!) 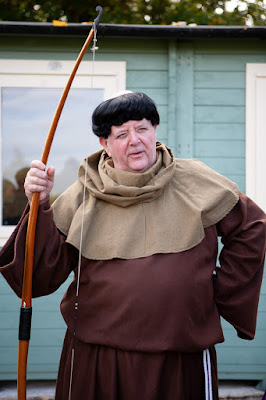 Arthur Roche wonders how to take advantage when his boss turns his back on him.

Well, Sarah himself is nearly 75 now, and Pope Francis, who works mainly with the cardinal's faithful second-in-command, the bluff no-nonsense Yorkshire test-cricketer Arthur Roche, will want to kick him out of the Congregation for Divine Worship and the Discipline of the Sacraments. For he has noticed that Sarah spends much of his time talking about worship and sacraments - which Francis doesn't understand - rather than climate change and migration - which he does.

Good riddance, I say! Clear off, Sally, and take your parallel magisterium with you!

Adapted from The Outsider - another hagiography of Pope Francis, published by Austen and Ivereigh (20p at your nearest jumble sale).