The Book of Covidicus 20: the Synod of Glasgow

Continued from Chapter 19. 1. It came to pass that Bo-sis tired of preaching the good news about masks and vixens, and turned his attention to prophesying the end of the world. 2. For the children of Br-tain were obediently getting their first jabs, their second jabs, and even their very important Booster Jabs. 3. Although, owing to a fault in the the supplies, some received Wooster Jabs instead, and cried out, saying, "What Ho! It is time to go and steal a cow-creamer!" 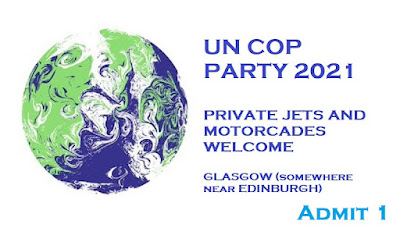 Entrance by invitation only. 4. However, Bo-sis was more worried that the world was about to be consumed by fire, and so he summoned a mighty synod called COP in the far wilderness known as Glasgow. 5. Thus from distant lands there came all the great and good, or at least all the rich, such as Bill Gates of Hell, Greta Thunderbird, Prince Charles (the mighty ruler who talked to the trees), and Joseph of Bidenia, who came with a train of four score and five camels, all bearing sanitary products. 6. And for forty days and forty nights (or at least it seemed like it) the synod raged on, as the guests explained how the the world could be saved if only all the people not present were to stop eating, drinking, taking shelter, and heating themselves, but would pay more taxes. 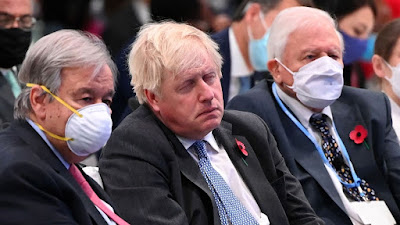 "Zzzz!" Boris payeth attention to the wise words ("Blah blah blah") of Greta. 7. Meanwhile, the COP synod had received a blessing from the Lord, and nobody present needed to wear masks, to take the vixen, or to be socially distant. Except the servants. 8. Then the rain descended, and the winds blew, as is normal in Glasgow for three hundred and three score days of the year. And the guests at the COP synod said, "Verily, this is due to climate change. 9. For, as the psalmist saith, Fire, hail, snow, ice, stormy winds which fulfill his word: all these are signs of climate change." 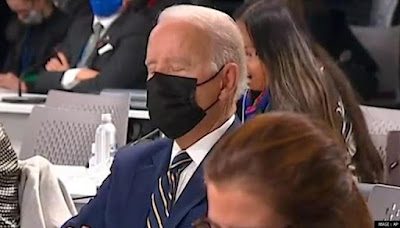 "Zzzz!" Another gripping moment at the synod. 10. So, after feasting and drinking, Bo-sis returned home, and planned what more he could do to serve the children of Bri-tain. 11. "Now we must ban fossil fuels," said he. "No longer will people be allowed to burn the Ammonites, the Belemnites, or the Trilobites." 12. For these were neighbouring tribes that the children of Bri-tain were wont to burn to heat their homes. 13. "From now on we have Net Zero," he explained. "In the day time, the sun will heat your homes, and at night ye shall use heat pumps. And probably die." 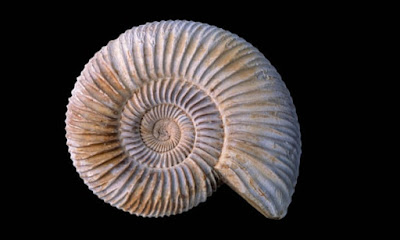 "Each time thou burnest an ammonite part of Manchester disappeareth under water. So there's a plus side to everything." 14. Thus the children of Bri-tain learned that the plague was not the most serious thing that threatened them. Continued in Chapter 21.
Posted by Eccles at 18:57