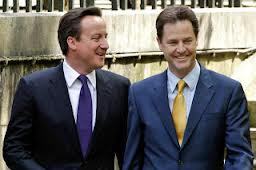 Dave and Nick on their wedding day.

Hello, I'm Father Pat, and you must be Dave and Nick, eh? I'm so glad that you could drop round for some pre-marriage instruction. Since it became the law that churches must marry any couple requesting it (human rights, wasn't it?) we've been welcoming all sorts of people. You're very much in love, aren't you?

Dave: Yes, it was love at first sight. We began with a simple coalition, but now we want to go the whole way.

Pat: And what do your families think?

Nick: Well, mine are mostly supportive. Dave's family is more traditionally-minded, though. There's Auntie Maggie for one. I don't think she'll be leaving us much in her will! Uncle Norman won't be coming to the wedding.

Pat: Now, the church has put together a marriage service for you, as we had no real choice, once the police had shot Cardinal O'Brien and Lord Carey. There are some really fine Biblical readings here.

Dave: Yes, I'm a little unhappy about Genesis 19, describing the fall of Sodom and Gomorrah.

Pat: Oh, all weddings have this now, so you're not being discriminated against. 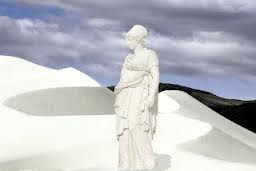 Nick: Also, the reading from Matthew 19. Do we have to have the bit where Christ says that marriage is between a man and a woman?

Pat: I'm afraid so. Also Romans 1, where St Paul gives us a pep talk on morality. Now tell me, are you planning to have children?

Dave: Oh I do hope so. I came from a large family myself. I had nine brothers, and what tearaways we were, eh? Especially Boris. 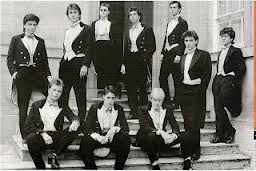 Nick: Yes, they drank too much and then did a lot of damage - trashing schools, hospitals, universities, railways, banks,... But in the end, Dave always knew that he'd pay for it.

Pat: Well, that's water under the bridge now. Let me show you a photo from a wedding I conducted last week. 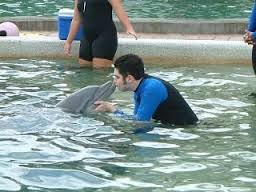 You may now kiss the bride.

Dave: I think I can handle that part. Of course the bit we're really nervous about is the honeymoon afterwards. 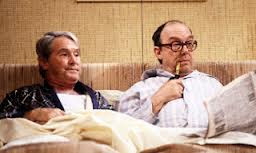 Nick: We see ourselves as a modern Romeo and Julian.

Dave: Or Tristan and Isidore.

Nick: Or Napoleon and Joseph.