After a short break, we resume the Eccles Bible Class today with the deutero-canonical book of Judith. Dawkins! Good to see you in class today, although I hear that your pals are very cross that you didn't sign their letter about Britain being an atheist country. Would you like to tell the class what "deutero-canonical" means? Come on, boy, you must know, you're supposed to be a learned theologian, remember?

All right, I'll explain. This is an Old Testament book that wasn't in the Hebrew Bible, and so it's not really accepted by most Protestants. We can probably get through it quite quickly, as there is only one thing you need to know about Judith: she cut off the head of Holofernes. 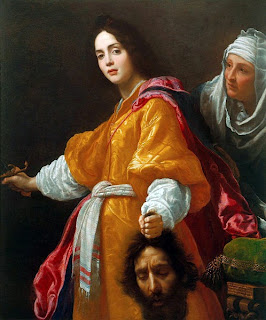 I'm sorry, Madam, but you can't take this as hand-luggage.

What's that noise outside? Oh, some new arrivals! Pratchett! Tatchell! Nick Ross! Steve Jones! Singh! You felt that, Britain being a Christian country, you ought to brush up on some of the theory? Well, you're all very welcome to join in, but today's book of the Bible isn't really a great introduction to Christianity. There won't be very many deep spiritual insights today, and indeed not very many in general until we reach Job. 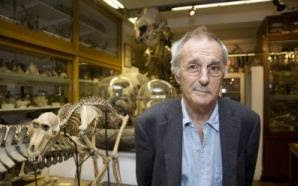 Professor Steve Jones denies that his pets are malnourished.

Actually, there is one another reason to remember Judith, which is that the Tallis motet Spem in alium is based on words from this book. Just in case your Latin's a bit rusty, here's an English rendering of it: 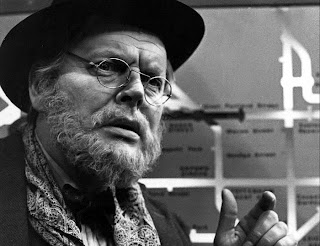 Right, let's get to the point. The book of Judith is agreed to be non-historical, rather than an accurate account of events. Those who have been paying attention will remember that we said that the books of the Bible aren't all alike. Some are solid accounts of events, some are poetry, some (such as this one) are more like parables. 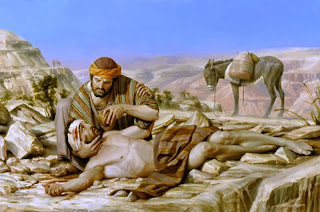 Don't worry, we're only part of a parable. Trust me, I'm a Samaritan.

Judith is a Jewish woman, known for her great virtue, and Holofernes is a general in the service of Nebuchadnezzar - here described as king of the Assyrians. Holofernes is charged with the job of making himself a nuisance to the rebels against Nebuchadnezzar, which basically includes all those who serve God. Just as you atheists like making yourselves a nuisance towards Christians, eh?

Judith uses her feminine wiles - probably, she's even prettier than Toynbee here - and this is what happened to Holofernes:

Her sandals ravished his eyes, her beauty made his soul her captive, with a sword she cut off his head. 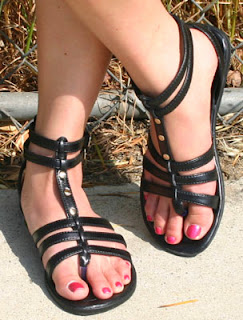 Warning: these sandals may ravish your eyes.

She also takes the head home to her people as a souvenir (see above). As a result of these actions, the Assyrians flee, so it's a happy ending for the good guys. Look, you really don't need to worry too much about this book, folks. Just try and stay saved.