Following on from his controversial "Gay Mass" at Farm Street, in which he was ably assisted by his yes-man, the incredible Mgr Bottletop, Cardinal Nichols is now planning an even more shocking event, namely, a "Tory Mass". It is expected that many "out" Tories will attend, and that ++Nichols will preach a sermon stressing the role of "Mercy", without however insisting on the orthodox Catholic doctrine that Conservative acts are sinful (the doctrine of Purge-a-Tory). The Mass will take place in the Brompton Ora-Tory, the scene of many scandalous Tory masses. 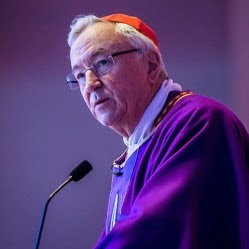 ++Vin forsakes his rainbow vestments for a Tory blue.

Traditionally, Tories have been regarded as in some way "second class" citizens, and the Christian churches have been blamed for fostering anti-Tory bigotry. For example, Canon Giles Fraser was given the prestigious "Bigot of the year" award for Toryphobia by the Tory Rights organization, BlueWall, after expressing the view that Conservatives should not be allowed to marry.

In Rome, the forthcoming Synod on the Family, Part 2, will be addressing the vexed question whether Tories should be permitted to take Communion in the same way as ordinary liberals and socialists are allowed to. For many, Cardinal Kasper's proposals, which would even include letting Tories marry in church, are a step too far.

It is said that in a long-gone degenerate era the Anglican church was regarded as "The Tory Party at Prayer"; eventually, its leaders managed to reform it, removing the Tory elements as well as the prayers. The Catholic Church was more faithful to Christ's teaching that we should all join trades unions, vote Labour, go on strike, read the Guardian, worship the sacred Edstone of St Miliband, deface war memorials, etc. However, nowadays these Toryphobic attitudes are considered obsolete, and it is only in certain repressive countries such as North Korea, Zimbabwe, Iran and France that being a Conservative is actually illegal. 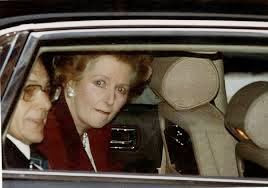 Margaret Thatcher is sent into exile for being a Conservative. Is a royal pardon imminent?

So, although we are usually harsh critics of Vincent Nichols's orthodoxy, his bullying, and his inability to get the date of Ascension Day right, we are going to stick our necks out here and say that in showing compassion to the most despised members of society, he is proving himself to be a true man of God. Wow.