Have you sold your soul to the Devil?

Let me make one thing clear before we start: do not try this at home. Selling your soul to the Devil is a very bad idea, and is likely to lead to great inconvenience later on. Assuming that none of my readers has tried this, can we identify any people who have? 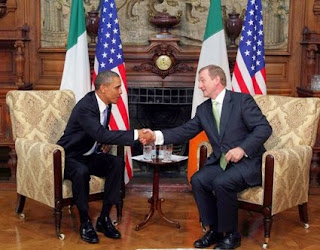 I can't imagine what that photo is doing here.

Clue 1: People who sell their souls to the Devil will normally have got a good price. They will almost certainly be rich and famous. So, although we may think that Tina Beattie is beyond the pale, nobody is going to sell their immortal soul just to become a professor at Roehampton, so I think it's safe to assume that she is beyond the pale for other reasons.

The same goes for Michael Coren, who - we might think - has been renting his soul out on and off, on a time-share basis. But all that just to get a few newspaper columns and a TV show? I think not. Likewise, Fr Timothy Radcliffe hasn't managed to cut a deal - for who wants to sell their soul just to become the Vatican consultant on paperclips? Why, he hasn't even made it as far as bishop. 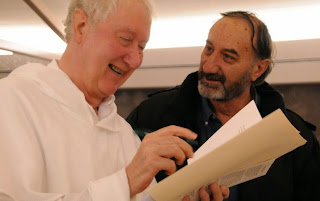 "Sorry, I'm hanging on for a better offer."

Clue 2: People who sell their souls to the Devil will normally lead very evil lives. So someone in a position of great power, such as the Pope, Queen of the United Kingdom, or publisher of Spectator Health, Money and Life, will not be assumed to have made a diabolical deal unless they start acting in an evil manner. Despite what some bloggers say, the Pope is not that bad, although he seems to have good days and bad days.

Richard Dawkins, then? He's got a fairly good deal from life, becoming an expert on zoology, genetics, philosophy, theology, poetry, honey, etc. And all that without significant quantities of common sense. But a man who spends his declining years in howling at the Universe via Twitter is surely not getting a very good bargain, even if he does have a pretty wife from Gallifrey.

Clue 3: People who sell their souls are supposed to have all the women (or men, or whatever) that they want. So we can rule out Tony Blair after all, for, despite being rich, famous, powerful, evil, etc., he is saddled with Cherie. (That wasn't very gallant, Eccles.) 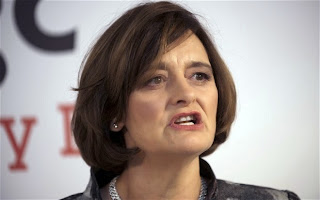 Phew! Proof that Tony Blair didn't sell his soul, after all.

Maybe, then, nobody has sold his soul to the Devil recently. Not Richard Branson, not Cardinal Nichols, not Russell Brand, not Enda Kenny. Well, maybe Enda Kenny. We'll see whether he wins that referendum...