How can I make my sermons less boring?

A week or two ago, Pope Francis ordained nineteen new priests, telling them to feed the people of God with heartfelt homilies rather than boring sermons. Since then, many priests have contacted me, asking "How can I make my sermons less boring?" 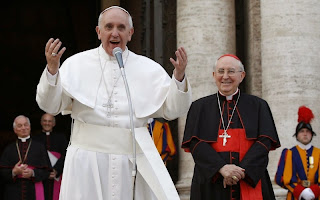 "So I told him, 'I will not dance with you for three reasons. First because you are drunk, second because that music is not a dance but our national anthem, and third because I am the cardinal-archbishop of Buenos Aires.'"

Certainly many sermons are boring, but here are a few ways to make them less so, based on observation of the Holy Father himself:

1. Say something so confusing that nobody knows what you really mean. People will ask themselves, "Did he really say that we should all try and commit a few extra sins today?"

2. Insult your congregation. Call them "Sloth-diseased, acedic Christians!" or ""Querulous and disillusioned pessimists!" or the old favourite, ""Self-absorbed, Promethean neo-Pelagians!" There is a useful list of insults here.

3. Make an off-colour joke about mothers-in-law, or perhaps women in general. Try to avoid jokes about ethnic minorities, homosexuals or the disabled, as there are limits to what even a priest can get away with. 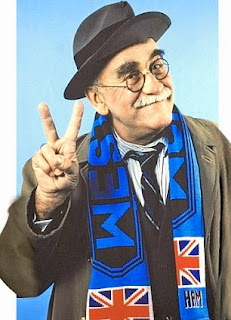 This is going to end badly, Deacon.

Apart from that, here are few tips about keeping your audience's attention. Start with something arresting, preferably about SEX, as this is a subject that occupies most people's minds most of the time.

POOR: "I think the sex life of the rhubarb plant is really fascinating."

WEAK, BUT BETTER: "The sex life of the three-toed sloth is one that carries a powerful message to Christians."

BETTER STILL: "You may have seen a recent television programme in which Professor Dairymaid McCauliflower told us that nobody ever had sex until the Reformation."

BEST, BUT A BIT PERSONAL. "The sex life of Sally Bercow is really fascinating." 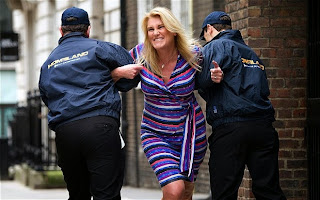 We are not sure what is happening here.

Apart from sex, other subjects that your audience can identify with include football (for some), pop music (but try not to describe Elton John as a "promising youngster"), and what was on television last night.

You may also want a gimmick tailored to the subject of your sermon. If your subject is "I am the vine", then bring a vine in with you and wave it, just in case your audience has never seen one. If it's "Money is the root of all evil", tear a five-pound note in half (you can still use it afterwards), to symbolize your rejection of the material. 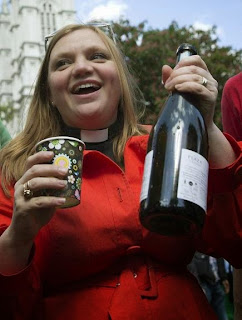 Anyway, you get the picture. Avoid all mention of dead people, such as Aquinas, Luther or Newman. Only very clever people have heard of them, and it violates the last and most important rule of sermon-giving, or public-speaking in general: WHEN IN DOUBT, DUMB DOWN.