A remembrance service for departed politicians

I am the re-election and the life, saith the Lord: he that believeth in me, though he were rejected by voters, yet shall he live, peradventure to return to the world by a by-election, or peradventure to enter the heavenly House of Lords. Failing that, to be blessed with directorships, consultancies, and other means by which the world poureth out money on the otherwise unemployable.

Man that is elected to parliament hath but a short time to serve, and causeth a lot of misery by his meddling. He cometh up, and is cut down, like a flower; he fleeth as it were a shadow, and never continueth in one eternal government. 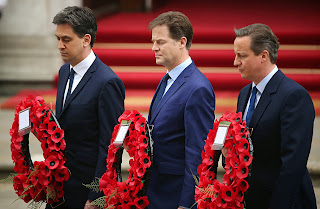 Forasmuch as it hath pleased Almighty God, in his wise providence, to take out of parliament the souls of our deceased brothers, we therefore commit them to the dustbin of history; earth to earth, ashes to ashes, toast to toast; looking for a general re-election on the last day of the new administration.

We remember in particular the following brothers who have been taken from us:

Edward Edwin Edgar Edmund Balls, he whose testament to the world, "Ed Balls", is forever remembered in "Ed Balls Day". Although his cutting off leaves the House of Commons emasculated, may the holy day of April 28th (or, if the bishops choose, a convenient Sunday nearby) ever be used to remember him; yeah, even when his works have faded into history and the deficit is no more. 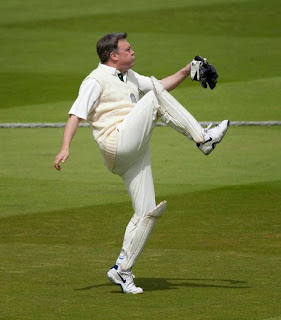 George Saddam Felix Galloway, many times winner of the "most obnoxious man in politics" award. Well, the less said about him, the better. May he be granted seventy-two virgins in Paradise, preferably Jewish ones. 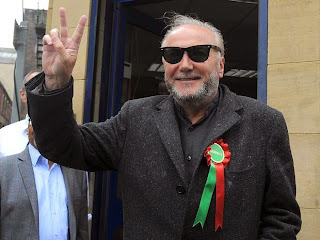 Possibly the last we shall see of George Galloway. I'm an optimist.

Vincent Nijinsky Cable, dancer extraordinaire and politician ordinaire, he who was unplugged before his time; and Mark Lemming Reckless, of whom we never heard until he decided to sing a new song to the Lord, which proved his undoing.

And there are many others, mostly dressed in robes of red and yellow, whose names are already forgotten.

I heard a voice from Heaven, saying unto me: Write, From henceforth blessed are the dead who are thrown out: for they rest, and we have peace from their foolishness. 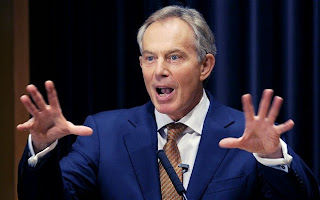 "Mwahahahahaha!" Sometimes the undead come back to haunt us.

The priest is asked NOT to mention wailing and gnashing of teeth, even though there is a lot of this going on in BBC interviews, etc.

[At this point Messrs Cameron, Miliband and Clegg will lay wreaths at the eight-foot "Edstone". Mr Cameron will endeavour to stop giggling, before departing to visit some more fish markets. Mr Miliband will trip and fall, before leaving to seek spiritual advice from the Venerable Brand. Mr Clegg will depart in a taxi with the rest of his MPs.] 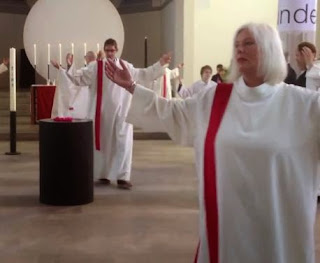 Life goes on: Theresa May teaches liturgical dancing to a group of new MPs.