A guide to Britain, part 2

In the first part of this "Guide for foreigners", we introduced various mostly well-known religious figures such as Queen Elizabeth and Richard Dawkins. This time we are focusing on three slightly less well-known people, who are nevertheless a regular source of entertainment and possible spiritual nourishment.

To put them in context, I decided to pair them with well-known Biblical characters that have clearly inspired them.

As well as being something of a Gollum lookalike, St Paul was a controversial figure, who upset many more traditional Christians with his radical views. His regular articles, entitled "Epistle to the Guardianistas" were full of unconventional teaching supporting same-sex "marriage". He was also known to think a deep thought once a day, and so his "Thought for the Day" was broadcast throughout 1st Century Judaea. Apart from being a full-time socialist, he was also regarded as a part-time religious figure.

It is an established fact that Mary rejected the male-dominated hegemony of the early Church. "My Son was a celibate male, and so He got things off on the wrong foot straight away," she regularly complained. Mary was a very learned woman, directing the Institute for Religion, Society and Human Flourishing [or "having a good time"] at the University of Galilee. Unfortunately her extreme views meant that several bishops refused to have anything to do with her, although she maintained all her life that she was a Catholic. 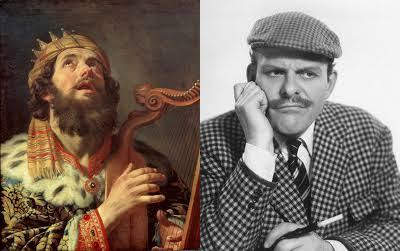 King David is mainly remembered as a lyricist, providing the words and music to the memorable psalms "Alleluia Ch-Ch" and "Prepare the way of the Lord, Moo-oo-oo, Moo-oo-oo". His music sold many copies in dioceses along the south coast, and can still be found in some hymn books. He bitterly resented re-translations of the traditional liturgy. It is said that David danced before the Lord wearing a linen ephod: no wonder Nathan the prophet was sent to tell him of God's extreme wrath. 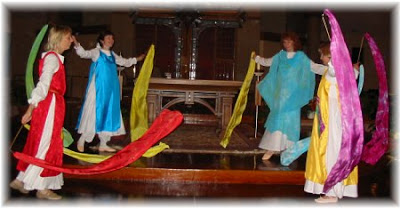 The latest in linen ephods.