Fraser St Giles to be closed down

Following a remarkable article in the Guardian, proposing a "Beeching axe" to English country churches (Anglican, presumably, although most were formerly Catholic), it has been announced by Network Rail that all train services from Fraser St Giles are to be withdrawn. 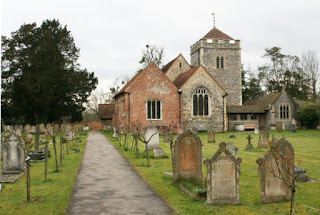 As Gray's Elegy in a Country Churchyard put it: sorry, we've been closed down.

The prospect of English country churches closing down, and perhaps - as a result of the Vicky Beeching axe - to be replaced by a network of gay-friendly "encounter centres", open to all, including atheists (but NOT Conservatives, of course), is an inviting one. 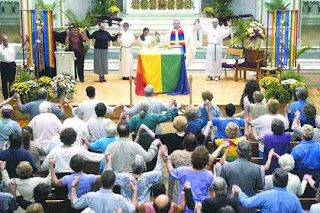 The future for rural English worship.

Meanwhile, is it not in the spirit of England that old ladies should cycle to communion in the morning mist? And if they have to cycle 30 miles to an urban church (the only ones that we should allow!), then we will be breeding a new generation of super-fit old ladies, which must be good for the nation. 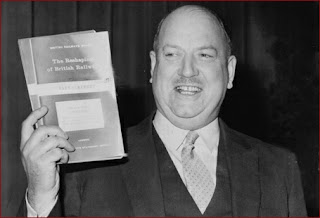 Giles Fraser explains his new plans for the Anglican church.

Beeching of course was greatly admired for his fearless cuts to rail services. The people in such towns as Gosport, Dunstable, and Otley, for example, never cease to thank their lucky stars that they are not troubled by the noise of trains.

As for Fraser St Giles, well it was a rather unaesthetic station, mainly known for its 7.49 a.m. "thinkers" special and its occasional more substantial "Loose Canon Street" journeys. Often there were problems with services going off the rails, and delays caused by the wrong kind of beliefs on the line. But there are still people prepared to defend this anachronism. 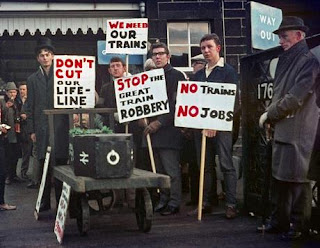 Supporters of Fraser St Giles demonstrate against its planned closure.