In praise of Jesuits

Occasionally you will come across people with "religious" initials after their names, most of which indicate that the bearer is a saintly and wise person leading a life devoted to God: I'm thinking here of OP, OSB, OFM Cap (which is not actually a sort of hat), and similar. But then you come to an odd one, SJ, which to most people conveys about as much saintliness as an OBE. These are the Jesuits. 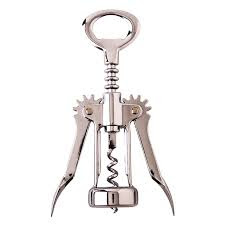 Originally, the Jesuit order was founded by St Ignatius of Loyola, with the general purpose of following the teachings of Jesus Christ. There have been many Jesuit saints, such as Edmund Campion, Francis Xavier... here's a list if you want evidence that some Jesuits are saved. The last one died in 1929.

But somewhere (in fact as early as 1613), "Jesuit" acquired the meaning of deceitful, devious, dodgy, and dissembling. All excellent qualities in a lawyer, but not so good for a holy man. So it's time for us to rehabilitate the Jesuits.

"Nobody expects the Jesuit Inquisition! Our main weapons are fear, surprise and mercy. But only a year of mercy - after that we can go back to our old ways again."

Of course Pope Francis is also a Jesuit, but he confines his Jesuitism to confusing the faithful, so let's move on.

Now Jesuits are very fond of discernment, so many readers will ask, "How do I practise discernment? Is it a martial art, or what?" Well, it's not easy. You need to run a hot bath, preferably with bubbles and a rubber duck. Sit in the bath with a large quantity of reading matter (the books of Cardinal Kasper, some Tablet articles...) until you are thoroughly imbued with the Spirit of Synod '15 (genuflects). Then you will be able to make up know the answers to the fundamental questions of religious belief! 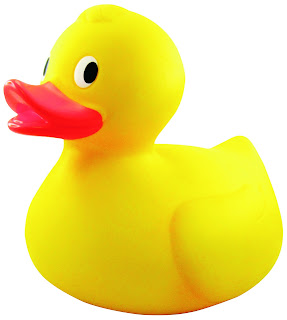 Essential equipment for the ancient art of discernment.

A refinement of this is "Ignatian Discernment". When I first heard of this I thought it was "Ignition Discernment", where you make inflammatory comments in order to annoy people. But no, it simply means that your discernment is a little better than anyone else's, as you have been to "Discernment Classes" and you own your own rubber duck. 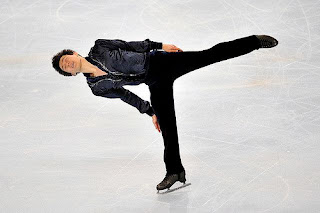 Jesuits are also good at spinning.

Another of my favourite Jesuits is Fr Thomas Reese SJ, who writes for that learned theological journal, the National Catholic Reporter. He's another of the ones who felt that Christ had somehow got the wrong ideas about divorce and remarriage. By and large, the Synod gave Christ's teaching a 2/3 vote of confidence, which is good, but this did not downcast Fr Reese. By spinning hard, he managed to persuade some people that the conservatives had lost, that the German Protestants had won, and that the Spirit of Synod '15 (genuflects) would lead the Catholic Church to new and greater depths.

As I said: fear, surprise and mercy.

So, all praise to Jesuits, and a big "Boo!" to all those who says they should not be admitted to Communion along with "normal" Catholics!