It's Bowie-mania in the Vatican!

I don't really know much about the late David Robert Jones, also known as David Bowie, although I once nearly met him (I'm fairly sure that we were both in London at the same time, or maybe that was someone else). However, certain distinguished people in the Vatican are singing his praises, so he must have been a devout and holy person, whatever else he got up to. 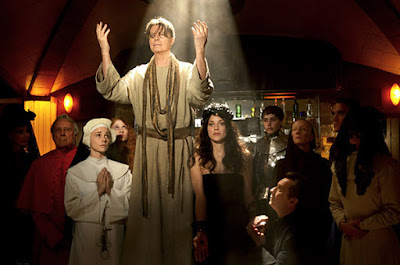 A devout and holy person.

First, we heard from Father Thomas Rosica, the Salt and Light media magnate, who tweeted a spiritually nourishing message. I have had some worries about Fr Rosica's health lately (it's rumoured that he had a severe case of Repetitive Strain Injury after blocking the entire Catholic Church on Twitter), and I do wonder whether he could have been overworking. It's hard to imagine a man of Rosica's build bopping around to the sounds of David Bowie.

Anyway, Rosica's message was "The world remembers David Bowie with gratitude. He helped us to remember those on the peripheries of life," and he linked to a video of a man with some Kermit the Frog glovepuppets. Time for your lie-down, Father! 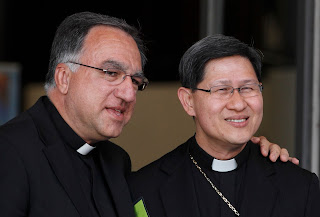 Well, Rosica is Rosica. A more worrying case was that of Cardinal Ravasi, President of the Pontifical Council for Culture. I thought at first his Twitter account had been hacked, when I saw that he'd tweeted first a platitude from Buddha, then the following message:

Ground Control to Cardinal Ravasi: Have you been hacked?

I suppose that "culture" can mean many things, including music, literature, and colonies of bacteria, and when you are 73 (as Ravasi is), you may have fond memories of the 1960s and 1970s. Now, no offence to the late David Bowie, but he wasn't particularly Christian. If anything, he was drawn towards Buddhism. Aha, like Cardinal Ravasi, maybe?

So far, Pope Francis has not get joined in the Bowie-mania, except possibly in private. He was last seen plugging launching his new book The Name of God Is Mercy, with the aid of the comedian Roberto Benigni. 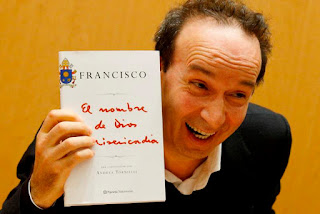 "You laughed at Laudato Si', but this is even funnier!"

This isn't good enough, Holy Father! Why aren't you wearing black robes? Why isn't the Vatican flag at half mast? How long must we wait for David Bowie to be canonized?