Bearding the Muslim in his lair

The suggestion by Richard Chartres, Anglican bishop of London, that growing beards can help vicars reach out to Muslims has been eagerly taken up by clerics everywhere. Male and female, vicars have stopped shaving, or, where necessary, rushed off to joke shops to buy Muslim-friendly false beards. 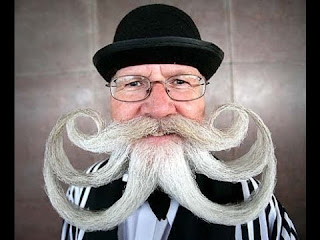 Richard Chartres is not shaved, only Eccles is shaved.

Curiously, this ties in with the experience of St Wilgefortis, a medieval noblewoman who managed to avoid an unwanted marriage by growing a beard. History does not record whether she later managed to reach out to Muslims. 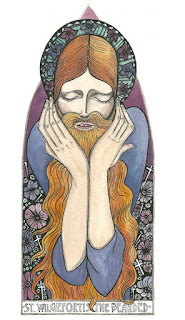 For us, it is not clear what happens when a vicar "reaches out" to a Muslim. Does the Muslim think "Hmm, Christians are just like us. Time to stop reading the Koran and study Giles Fraser's hard-hitting How to be a Christian without believing very much"? Yes, that must be it. Ayatollah El-Vees at the Guitar Mosque will see congregations dropping as Father Trendy packs the Muslims into his 10 a.m. "Clowns and hoverboards" Mass. 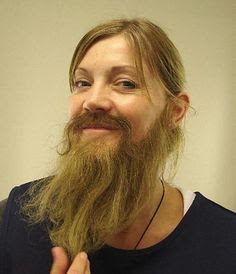 The Rev. Kate Bottley, the "dancing vicar", gets evangelising.

Well, we are all for convertng the Muslims, as it's pretty clear that they've got things wrong from beginning to end. Now is surely the time for Pope Francis to grow a beard - our extensive researches (clicking on Wikipedia) have revealed that the last bearded pope was Innocent XII, who died in 1700, and even his beard wasn't enough to reach out to many Muslims. 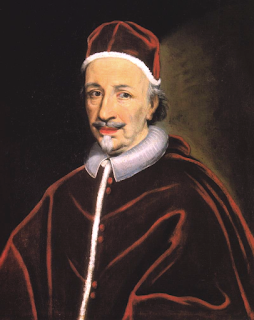 Pope Innocent XII. Not exactly a Rowan Williams, or even a Brian Blessed.

Over to you, Holy Father!