The Book of St Richard, Chapter 24

1. And it came to pass that Richard was invited to the prestigious Northeast Conference on Science and Skepticism; this was because many years ago he had been a scientist, and he was in those days still a skeptic, or at least a sceptic.

2. And he accepted with alacrity, saying, "It will enable me to rub shoulders with many luminaries of whom nobody has ever heard, not to mention Michael Mann, he who hath produced a 'hockey stick' graph showing that the world will be consumed by fire if we do not shower gold upon him."

3. "And, although I shall fly to New York, that I may claim the miles of air, yet shall I pretend that I walked from Oxford, so that my giant footprints of carbon be hidden from the gaze of Mann." 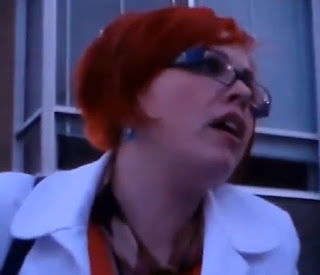 Cometh the Nemesis of Richard.

4. But it was not to be, for there came into Richard's life a woman named Chanty Binx.

6. She was known as an example of the hard-line feminist that screameth abuse, hateth men, and sweareth like the fabled fishwives of the Gate of Billings.

7. So it came to pass that on the Tube of Yew there appeared a song that mocked extreme Islamists and feminists.

8. And Richard found pleasure in this song by a fellow-atheist, and recommended it to his disciples. 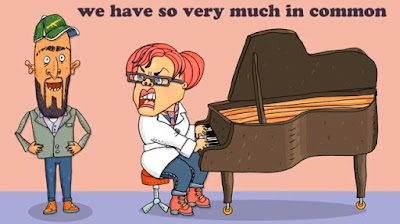 The shanty that mocketh Chanty.

9. However, as scripture hath it, "Stick not thy nose into a nest of hornets, lest it be stung until it swelleth like the hippopotamus of the Nile."

10. And Richard was told that he was encouraging rape and death threats.

11. For why did he not confine himself to attacking the followers of Christ, who deserved all they got?

12. Thus Richard's invitation to the fleshpots of New York was withdrawn; for, in the words of the prophet Necsas, "Unpopular and offensive views are fine, but if we disagree with them they become divisive, counterproductive, hate speech." 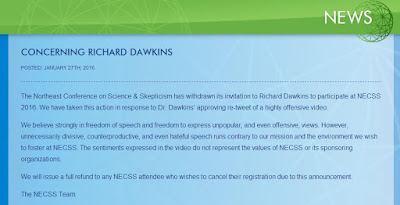 Richard is banned from the "world's biggest bores" conference. [click to enlarge]

13. And some said "NECSS hath got cold feet. Doth Michael Mann know of this climatological phenomenon?"

14. But Richard was sore exasperated and said unto himself, "Atheists! Are ye not sick of them? CURSES, WHAT AM I SAYING???" 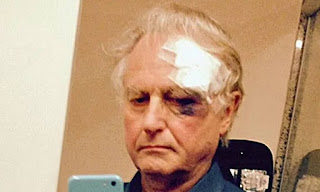